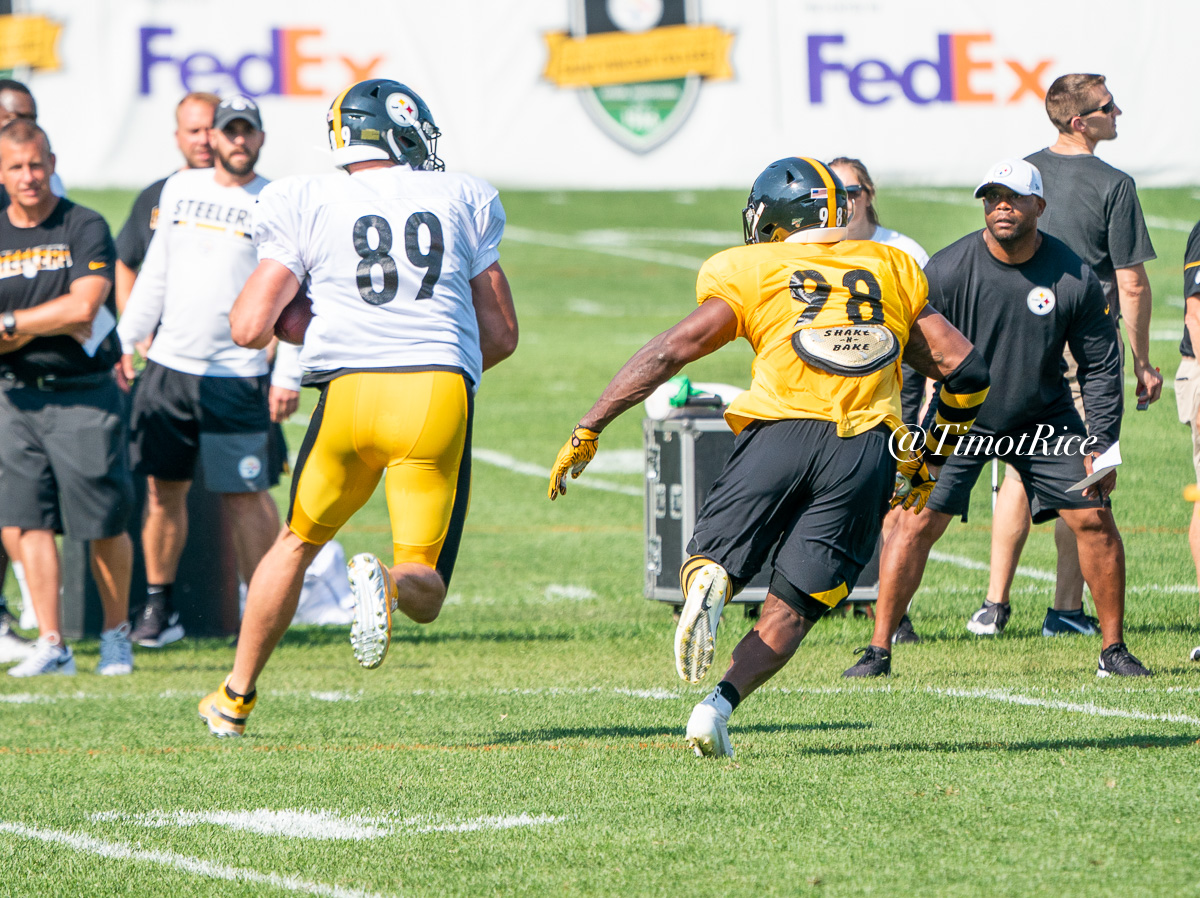 Despite releasing three players and Ramon Foster’s retirement, the Pittsburgh Steelers still have work to do in order to get cap compliant. Helping them do that is Vance McDonald who according to Adam Caplan, has agreed to restructure his contract and free up space.

Latest is TE Vance McDonald. He agreed to convert his $5.5m base salary to signing bonus.

As Caplan notes, McDonald will convert a large chunk of his base salary into a signing bonus. His current deal runs through 2021, letting them spread out the cap hit and open up much needed room.

If Steelers did a full restructure on McDonald and took his base salary down to the new league minimum of $1.05 million that would free up $2.225 million in 2020 cap space. Adding the $150,000 workout bonus McDonald is due in 2020 into the restructure would result in $2.3 million of 2020 salary cap space being created.

It’s confirmation that McDonald will remain a Steeler in 2020. 2019 saw his play slip and health has never been kind to him, even when he’s played, he’s often been or looked hurt, but the tight end market is shallow both in free agency and the draft and there aren’t in-house options for Pittsburgh to turn to. Zach Gentry played 50 snaps as a rookie and Nick Vannett is slated to become a free agent, though the team may re-sign him before Wednesday.

McDonald had his best season two years ago, catching 50 passes for 610 yards and four touchdowns. Those numbers dipped significantly this past season, 38 grabs for just 273 yards and three scores.