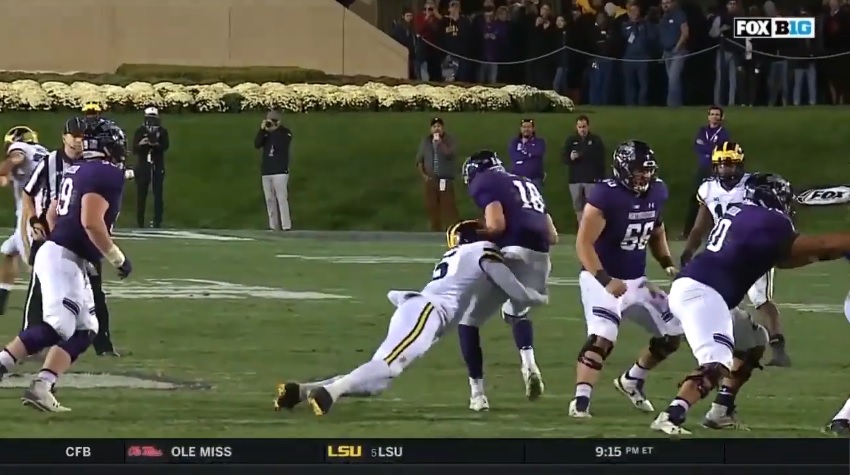 The Pittsburgh Steelers have drafted a defensive player with their first pick for the last seven drafts. And if we pretend what Matt Miller says will come true seven weeks from now, it’ll be an 8th. In his post-Combine, two round mock draft, he has the team taking Michigan linebacker Josh Uche at #49.

Unfortunately, he doesn’t include explanations for any picks outside the first round but believe it or not, this one actually makes some sense. Uche is an athletic cover/rush linebacker, two traits that are very valuable. As we wrote in our scouting report, which I’ll link below, Uche is best served in an off-ball role on first and second down and moving to edge rusher on 3rd down. Over his college career, he racked up 15 sacks, almost all of those coming in his final two years. He did not work out at this week’s Combine.

With the Steelers’ projected third round comp pick, Miller has the Steelers flipping over to offense and selecting Texas WR Devin Duvernay. He was one of the Combine’s fastest wideouts, running a 4.39. Coming off a very productive season that saw him catch 106 balls for almost 1400 yards and 9 TDs, he projects as a speedy slot receiver capable of doing damage after the catch.

For a national media mock draft, this one is among the most sensible projections I’ve come across.

Some other musings from Miller’s mock.

– To no one’s surprise, Joe Burrow goes #1 to the Bengals.

– Two running backs go in the first round: D’Andre Swift and Jonathan Taylor at #26 and #29, respectively

I’ll have my latest mock draft out tomorrow morning. Can’t give away any spoilers but I will say Uche and Duvernay were players I both considered in constructing mine.