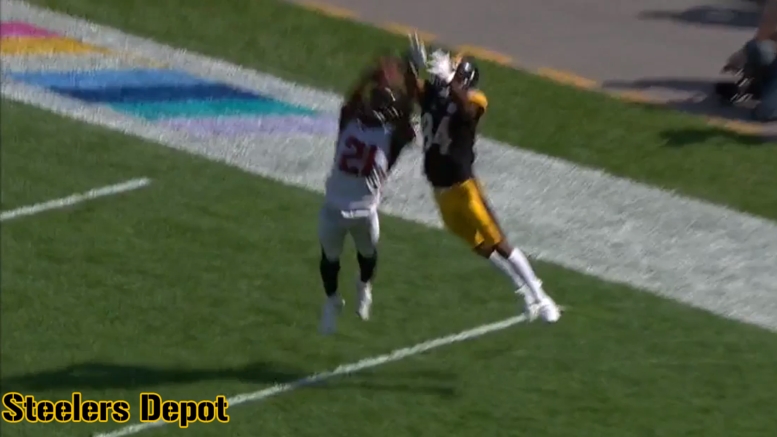 This is an article that I have been meaning to write for a while. Given the continually encouraging news about the progress Pittsburgh Steelers quarterback Ben Roethlisberger is making relative to his rehab  coming back from elbow surgery, there has been some revisitation over the last time he has been on the field for a good amount of time.

Roethlisberger was limited to just six quarters of play, of course, in 2019, before succumbing to the pain in his elbow that ultimately led to season-ending surgery, the details of which remain unknown, or at best unconfirmed. He has recently acknowledged that the elbow pain wasn’t suddenly new, but a progressive issue over time.

Still, the last time he was on the field for a full season, he led the league in passing yards with 5129, among the highest totals in NFL history. He threw 34 touchdown passes, the most in his career and the most in franchise history, and the fifth-most in the league in 2018 (third-most in the AFC).

But he also led the league in interceptions…with…16? Does that sound right to you?

On a certain level, it should not, because it is a major historical anomaly. 16 interceptions to lead the league is incredibly rare. The last time the league leader in interceptions had only 16 was in 1982, the strike-shortened year, when Joe Ferguson of the Buffalo Bills was the only player that season with 16—in nine games, on 144 attempts, for an interception percentage of 6.06.

And Baugh attempted a whopping 171 passes that year, with 14 being intercepted, posting an interception rate of 8.2 percent. Dave Smukler also threw 14, on 118 attempts. This was an 11-game season.

That was, of course, a different era. So what about our era? Well, over the course of the past decade, there have been 58 instances of a quarterback throwing 16 or more interceptions in a single season, thus averaging 5.8 16-interceptions seasons per year. Five players did it in 2019.

Of those 58 seasons over the past decade in which a quarterback threw at least 16 interceptions, Roethlisberger has the second-lowest interception percentage at 2.37 over 675 pass attempts. The only lower figure was Matthew Stafford’s in 2012, when he threw 17 interceptions on 727 pass attempts with an interception rate of 2.37.

And yet Roethlisberger did not make the Pro Bowl in 2018 despite leading the league in passing yardage and finishing fifth (again, third in the AFC) in touchdowns. Patrick Mahomes, Tom Brady, and Philip Rivers were chosen over him. Andrew Luck and Deshaun Watson both made it as alternates.

I write this to counter the narrative that Roethlisberger had already been slipping prior to his injury, and one of the main points detractors raise is his interception number, or rather, the fact that he ‘led the league’, even though in typical years, four or five players usually have more than that. Provided that he is healthy, there is no reason to believe Roethlisberger cannot be one of the best quarterbacks in the game when he returns to play in 2020.