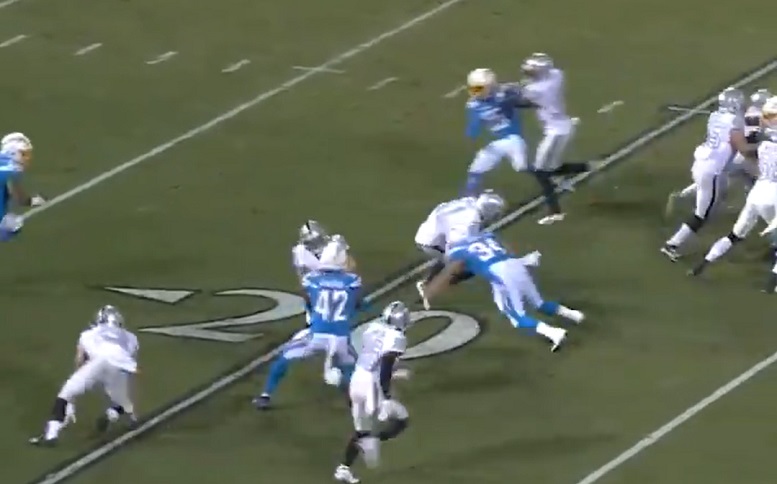 The Pittsburgh Steelers surprised several people at the start of the 2020 NFL league year with their signing of free agent fullback Derek Watt, the older brother of outside linebacker T.J. Watt. With that move now two weeks old, Steelers general manager Kevin Colbert finally commented on the team’s addition of watt during his Tuesday question and answer session with fans as part of the Steelers Nation Unite program.

“When we picked up Derek Watt, we understood what Derek’s role will be as a fullback, as an h-back, a very similar role to what he played offensively for the Chargers,” Colbert said. “But the thing that really intrigued us with Derek was his production on special teams. He was one of the leading tacklers, if not the leading tackler – I know it was in the AFC, I’m not sure if it was for the league or not, on special teams.”

Just so everyone knows, the NFL has Watt down for 16 total special teams tackles last season and that tied him for the league lead with now former Steelers inside linebacker Tyler Matakevich and New Orleans Saints safety J.T. Gray. You can see a large selection of watt’s special teams contributions with the Los Angeles Chargers last season in the video below.

Obviously, Watt will also play some at fullback for the Steelers moving forward now that the team has parted ways with their fullback from the last five seasons, Roosevelt Nix. Watt not only played 79.3 of all special teams snaps last season with the Chargers, he also tallied 122 total offensive snaps.

“I think I will fit into the offense well with that group,” Watt said after being signed by the Steelers. “I will try to lead the way for the backs and try to continue in the passing game as well. I think I have some versatility in my game to be used in multiple areas. It’s a hard-nosed tough tradition of greatness. It’s tough blue collar. I think I fit that mold well. It fits the way I was raised.”

Colbert made sure to point out on Tuesday that Watt comes to the Steelers as a decorated third-phase-of-the-game player.

“And he was a Pro Bowl special teams player, so, we’re excited about having that,” Colbert said of Watt’s addition.

Watt signed a three-year, $9.75 million contract with the Steelers that included a signing bonus of $3.25 million.

Do you like good special team players? If so, you'll love Derek Watt. #Steelers pic.twitter.com/58JI4pQAl8