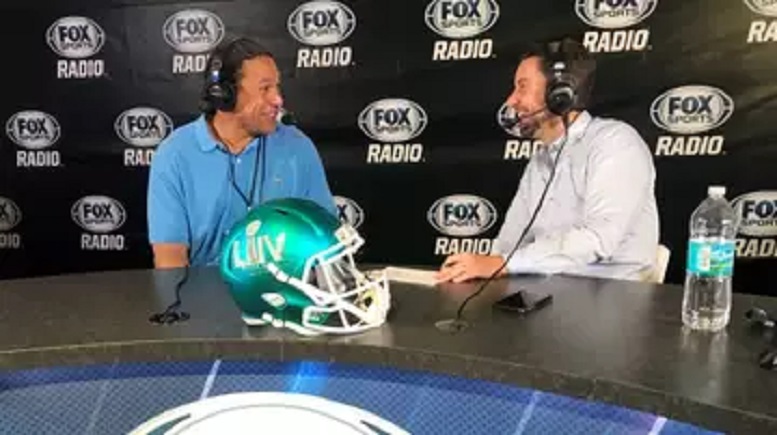 During numerous Super Bowl LIV radio row interviews on Friday, former Pittsburgh Steelers safety Troy Polamalu was asked to comment on one of his former teammates, wide receiver Antonio Brown, and the current troubles he’s going through. During one particular interview with Clay Travis on Fox Sports Radio, Polamalu really opened up about locker room culture and his past dealings with Brown.

At one point during Polamalu’s great Friday interview with Travis, the safety was asked a very good question and it’s probably best to quote it verbatim for proper context.

“Antonio Brown, obviously they’ve had a lot of issues with him and the locker room in Pittsburgh, it seemed like they tried to get him to buy in and it didn’t work. I’m sure this happened to you sometimes, too. How frustrating is it as a guy who was trying to set that culture in that leadership to have guys who for whatever reason just can’t quite buy in and how do you try and make that happen so that no one player is bigger than the culture of an organization?” Travis asked Polamalu.

“Well, I think it’s definitely a gray area because you want to have players be able to express the best form of themselves within confinements,” Polamalu said. Talking about Antonio, I was one of the leaders on the team at the time that he was with the team and I definitely feel a tremendous burden now.”

Polamalu was then interrupted by Travis and asked if he’s personally tried to reach out to Brown at all.

“Everybody’s tried to really reach out to him,” Polamalu said.

Travis then hit Polamalu with another great question after a statement. He first told Polamalu that you see some of Brown’s social media videos and other viral postings and instantly see that he’s not being the best version of himself. He then asked Polamalu what one tries to do when they see such from Brown. Polamalu quickly replied.

“Well, you know, as a teammate to him, you know, I definitely tried to be a better brother to him,” Polamalu said. “And honestly, I feel a responsibility for the way he’s behaved recently. Not being able to reach him while I was a teammate with him. But, yeah, I meant our locker room is very close. We definitely have a very close brotherhood from the previous players that I was teammates with, and we’ve all done our best to try to reach out to him.”

Polamalu then went on to talk some about how Brown has essentially become a victim of his own success like a lot of professional sports athletes do.

“But, you know, he’s lived a very, very, very tough life and like many football players, he also can’t trust anybody,” Polamalu said. “So, it’s really hard for people in his position to really find help when anybody’s either wanted something from him or needed something from him. And you see that with a lot of young players these days that are kind of under this predicament of, ‘man, like who really wants what’s best for me, or who wants what’s best out of me?’ And I think he’s one of these examples.”

That’s all well put by Polamalu and it’s evident that he and several others have tried to reach out to Brown to help him. In the last few days, Brown seems to be a bit more receptive to maybe accepting some help or least maybe allowing himself to be pointed in the right direction to receive the proper kind of help he needs. Who knows, maybe by Polamalu doing this participial interview Brown will see it and finally respond back to him.