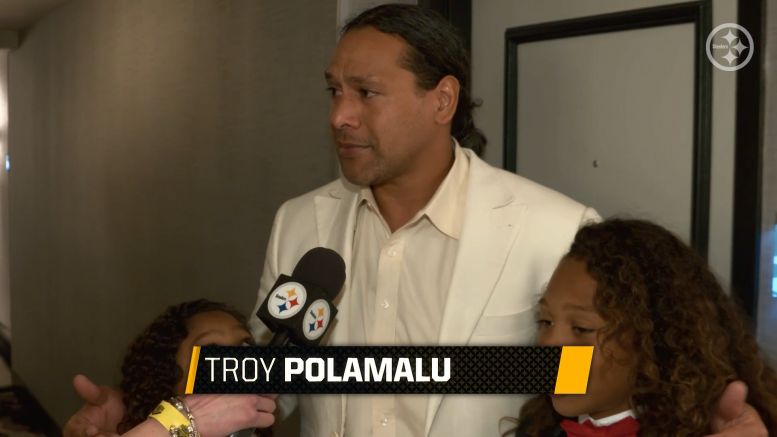 It’s an exaggeration to say Troy Polamalu freelanced all the time, or really at all, but it’s fair to say what the coaches called for wasn’t always what Polamalu actually carried out. Sitting down on a panel hosted by Steve Wyche, then-head coach Bill Cowher told a classic story of how ‘Polamalu Plans’ worked.

It came early in his career when the Steelers were facing the Bengals and Carson Palmer, who Troy roomed with at USC. Here’s how Cowher tells it.

“We’re calling Cover 2. And we know Cover 2, we’re going to make it look like Cover 3. Troy walks up to the line of scrimmage. Carson gets into his stance and I’m going Troy [motions for him to move back]. He’s going shut up. And I go, ‘Dick [LeBeau], I don’t think he’s getting back.’ I go oh my gosh. But he tackles the guy in the flat. He comes to the sideline and I go Troy, what are you doing? He goes, it’s Cover 2, I told Deshea, you take half the field, I’ll take the flat, because Carson will think it’s eight in the box. I go wow, that’s a good job.”

So Polamalu carried out the assignment but made a check with cornerback Deshea Townsend pre-snap to swap their coverages. Polamalu now in the flat, Townsend taking the deep half. That compelled Palmer to throw to the flat, where Troy was right there to clean things up and make the stop.

Polamalu had a rocky rookie year, leading some to wonder if the Steelers made a mistake in trading up for him. But he credits that season as key to getting comfortable with playing anywhere along the defense and ultimately, able to make plays from all over the field.

“I played every position my rookie year. Having kinda accrued all that knowledge through the offseason and having great influences from other safeties like Ed Reed and his ability to play cat and mouse with the quarterback.”

He also joked he never went rogue in practice so coaches couldn’t tell him to stop it. Bottom line, it worked for Troy because he was that smart, that talented, and above all else, was right most of the time.

Check out the entire exchange in the clip below via NFL Network because as fun as it is to read about that story, it’s infinitely better to hear it.

Bill Cowher tells @wyche89 a story about how smart and unique of a player @tpolamalu was on the field for the @steelers 💪 pic.twitter.com/NTlE8Gz9JG