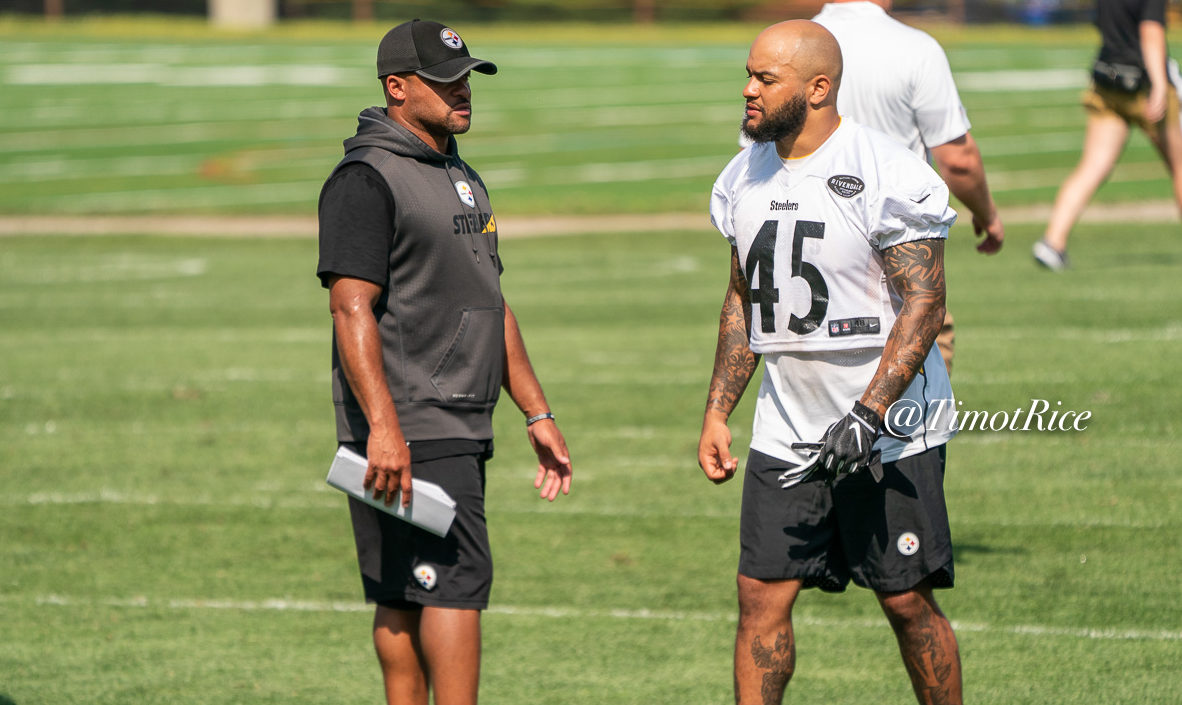 In an NFL world riddled with retreads, rehires, and the same names recycled over and over, the Pittsburgh Steelers have no problem bucking that trend.

This coaching staff, especially on the offensive side of the ball, is filled with youth and tons of college experience. Their two hires this offseason amplify that.

There’s Matt Canada, 48 years old, taking his first NFL job to be the team’s quarterbacks coach. Add in Bryan McClendon, coaching the wideouts, at just 36 years old and his first NFL job. WRs coach had been the one spot where the team opted to have the father figure for such a young group of receivers – Richard Mann, Darryl Drake, naming Ray Sherman the interim coach after Drake’s passing – and now they’re even bucking that trend.

Look elsewhere. Eddie Faulkner is 42, hired to replace James Saxon last year, in his first NFL job. Even some of the longer tenured coaches were fresh faces from the college game when they were hired. Randy Fichtner, who worked with Tomlin at Arkansas State, made the move to the NFL in 2007 when he was named the Steelers’ WR coach. Similar story with Shaun Sarrett, who came over from Duke to be an assistant o-line coach before filling Mike Munchak’s shoes last year.

There’s examples on the defensive side of the football too. Jerry Olsavsky was the LBs coach at Youngstown State for years before Pittsburgh came calling. Tom Bradley spent his entire life in college football before Pittsburgh scooped him up. You could say the same about Joey Porter before the team parted ways with him last offseason.

Sure, there are still examples of the NFL fraternity. Teryl Austin had been in the NFL since 2011 before Tomlin hired his as an assistant, a move that by all accounts appears to be the right one. Defensive line coach Karl Dunbar had NFL experience with the Vikings, Bills, and Jets but even his hire came after spending time at Alabama.

Pittsburgh is seeing the way the wind’s blowing. The influence of the college game and the importance of playing young players right away. No longer can teams, and this was the Steelers’ model for years, three years for that rookie to make an impact. If it doesn’t happen in two years, the organization is looking for someone else. Having coaches who understand the college game, how players think, how they learn, how they mature, accelerates that critical process and allows for an immediate impact.

And it’s refreshing to see Pittsburgh buck the trend of recycles. To give new faces a chance to make their mark, to be the next generation of coaches, and provide that door for these guys to walk through. That doesn’t mean all these hires are inherently excellent, Porter, for example, probably didn’t go as planned, and the fact these coaches are “new” shouldn’t shield them from criticism either. But it’s easy to appreciate the mindset and value in valuing the college game.