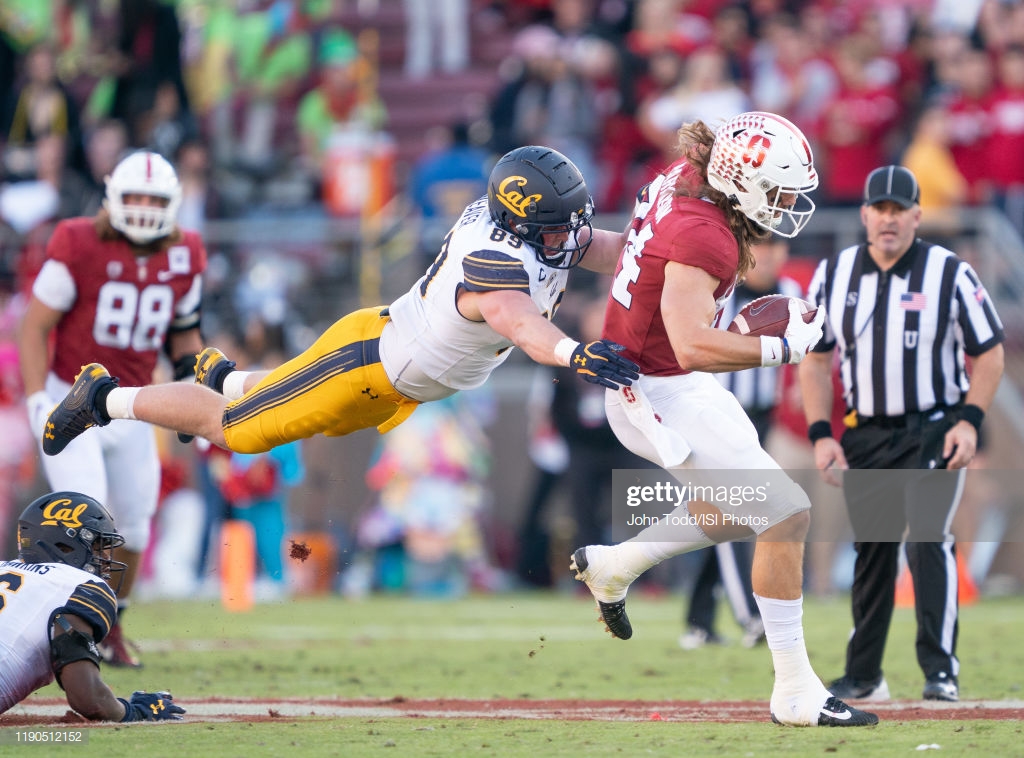 The Senior Bowl is a great chance to meet and talk to dozens of players invited for the week in Mobile. Perhaps ones that’ll become future Pittsburgh Steelers. While we’ve profiled some players already, for some of the shorter interviews, I wanted to provide a transcript of those interviews.

Here is our interview with California LB Evan Weaver during the Tuesday media day portion of the Senior Bowl. We hope to have a scouting report on him before the 2020 draft.

Question: What have been your initial impressions of the Senior Bowl thus far?

Answer: Jimy Nagy has put on a great event and there are a lot of great people here. A lot of help in the community, we’ve done a few community events. Everybody here has been pretty cool, it’s kinda crazy these first few days with all these interviews and our first practice is today. I’m excited to actually be able to go out there on the practice field and come to do what we came here to do.

Question: So mentally how are you trying to get through this whole commotion?

Answer: You know just take it one thing at a time, just making sure I’m staying focused all the time.

Question: Is there anything here that you’re trying to prove this week?

Answer: That I can cover.

Question: What would you say to the people who say that maybe you struggle in coverage?

Question: Are there any traits you bring that maybe not a lot of other people here have?

Answer: Yeah, I think being a sure tackler. There’s not a lot of those in the league anymore. And being able to get off blocks and diagnose schemes pretty well.

Question: You set the Cal record and Pac-12 record for most tackles in a season, what does that mean to you?

Answer: It’s pretty cool. It wasn’t really something that I was aiming for, I’m more of a team first type of guy, I want to get as many wins as possible but it’s awesome now that I look back on it that I have those two records.

Question: So to hold a record like that, obviously some is instincts and some also has to be film preparation. What’s your preparation schedule like?

Answer: I try to watch about three to four hours of film a day outside of the basic stuff that we watch with our coaches and teammates. So, I’m just trying to get as much preparation as possible.

Question: I know you transferred from defensive lineman to linebacker way back when, were there any challenges or anything that came naturally from that transition?

Answer: I feel like my first year was definitely just running around and didn’t really know what I was doing. But I was making plays, pretty much just all off instinct. The older I’ve gotten the more I figured out how to actually play the position.

Question: Right before the snap, is there anything in particular you key in on?

Answer: Staying through my triangle, watching the O Line, the backfield. Seeing a high hat, the movement of the offensive linemen.

Question: Have the Steelers talked to you at all this week?

Answer: Yeah, I met with one scout.