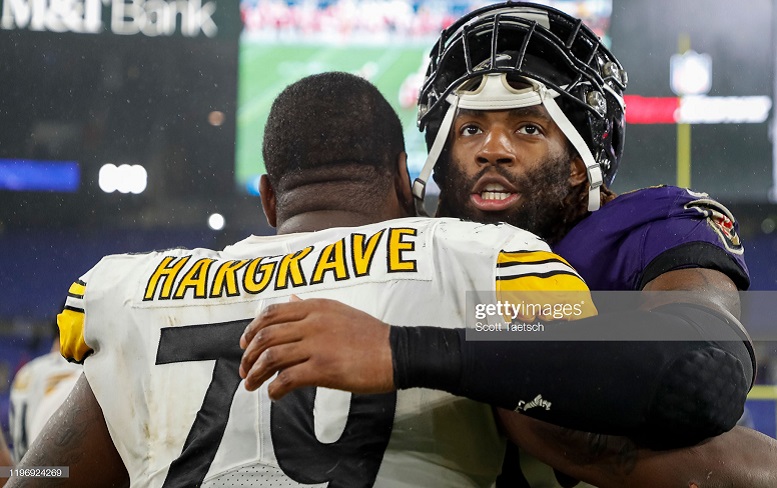 The Pittsburgh Steelers are expected to lose defensive tackle Javon Hargrave this offseason via unrestricted free agency and Pro Football Focus predicts the former third-round selection out of South Carolina State will ultimately sign with a different AFC North team.

In a Wednesday post on PFF by Anthony Treash, Hargrave, who is ranked the site’s 33rd overall top free agent this coming offseason, is predicted to sign with the Baltimore Ravens this offseason. That projection also includes Hargrave signing a four-year contract that averages $12 million per season and includes $28 million in guaranteed money.

Baltimore has only two real major flaws: their receiving unit and their pass-rush unit. The loaded wide receiver class in the 2020 NFL Draft can lead them to get decent value at Pick No. 28 or No. 60, and a healthy Marquise Brown will help them next season. The Ravens’ interior defensive line last season was among the bottom five in PFF pass-rush grade, and that might just be the position they target in March. The Steelers don’t have the money to pay Javon Hargrave, which is great news for their division rival. Hargrave finished the 2019 season as one of the 15 highest-graded pass-rushers at his position.

While it’s only a prediction/projection, the Ravens landing Hargrave via free agency via a contract that averages just $12 million per season seems like quite a bargain. While Hargrave hasn’t been an every-down player since entering the NFL in 2016, he’s certainly poised to be one with whatever team ultimately signs him in roughly a month from now. He should perform well as a one-gapping defensive tackle in 4-3 defense and thus could sign a free agent contract that averages more than $12 million per season.

Should Hargrave indeed sign with the Ravens, he would likely be playing alongside another fine defensive tackle in the form of Brandon Williams.

Hargrave ultimately landing with the Ravens would certainly be tough for Steelers fans to swallow and with good reason as he’s not only been a great player on the field during his time in Pittsburgh, but a seemingly model player off the field over the course of the last four seasons as well.

Hargrave deserves to cash in bigtime a little more than a month from now. He recently signed with Rosenhaus Sports to represent him this offseason and that should work out well for him as well. As Steelers fans watch what ultimately transpires with Hargrave a month from now, all that be done is to hope and wish that the defensive tackle ultimately signs with a team outside of the AFC North and potentially even one that plays in the NFC that Pittsburgh won’t have to face in the very near future.

In closing, here’s to PFF being way off on their prediction of Hargrave landing with the Ravens this offseason.