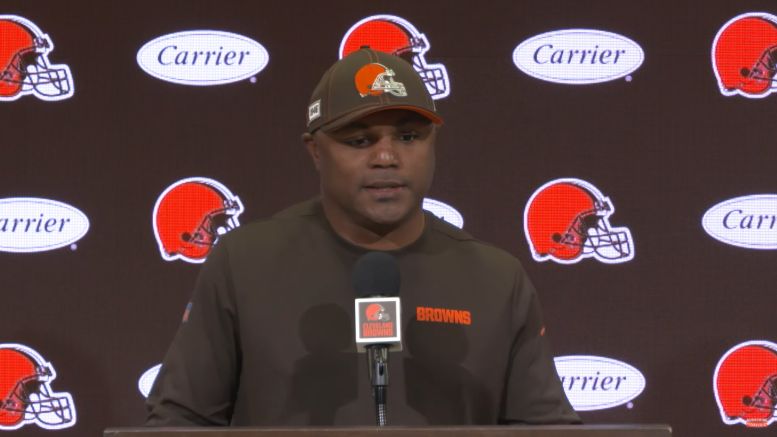 Joe Woods helped to preside over one of the best secondaries, and pass defenses, in the NFL last season with the San Francisco 49ers. While the Cleveland Browns would interview 49ers defensive coordinator Robert Saleh for the vacant head coaching position, ultimately favoring Kevin Stefanski, they did turn to Woods to preside over their defense.

While being introduced to the media yesterday, the 49-year-old Pennsylvania native told reporters that he considered Pittsburgh Steelers head coach Mike Tomlin his mentor. The two first worked together in the Tampa Bay Buccaneers backfield in 2004 and 2005. Tomlin was the defensive backs coach, and Woods was the quality control coach for the position.

When Tomlin was promoted in 2006 to defensive coordinator for the Minnesota Vikings, he helped bring Woods along, earning the promotion to defensive backs coach. The Vikings actually had the 32nd-ranked pass defense that year. Woods would remain with Minnesota through 2013, however, while Tomlin would earn the Steelers head coaching gig in 2007, where he has remained since then.

“My mentor is definitely Mike Tomlin”, Woods said. “He has helped me see the game a different way just in terms of how to prepare, and that is the way I do it. It takes some time and you have to grind through it. Really, if there is one guy, he is the guy that has really helped me the most”.

He described himself as being “from about 20 miles north of Pittsburgh, and joins new offensive coordinator Alex Van Pelt as having ties to the Pittsburgh area. Van Pelt, in fact, was originally drafted by the Steelers as a quarterback.

It should probably be noted that Woods inherits a defense that, um, includes a player who bashed the head in of a Steelers player. That’s something that he is going to have to contend with in some form or fashion this year, but at least you can probably be assured that he will not be signing off on anything outside of the lines when it comes to facing his mentor.

Woods also admitted that he grew up as a Steelers fan, as was Van Pelt, so the Browns’ coaching staff is now full of closet Steelers fans. That doesn’t mean that the players they coach will like the Steelers any more.

Former Brown Joe Haden, now with the Steelers for the past three years, has commented upon the rivalry between the two teams before, saying that the games against the Steelers are the Browns’ Super Bowl, and that there is real animosity against the ‘big brother’ team.

Now Tomlin is the big brother to Woods, who is in the AFC North for the first time in his coaching career.