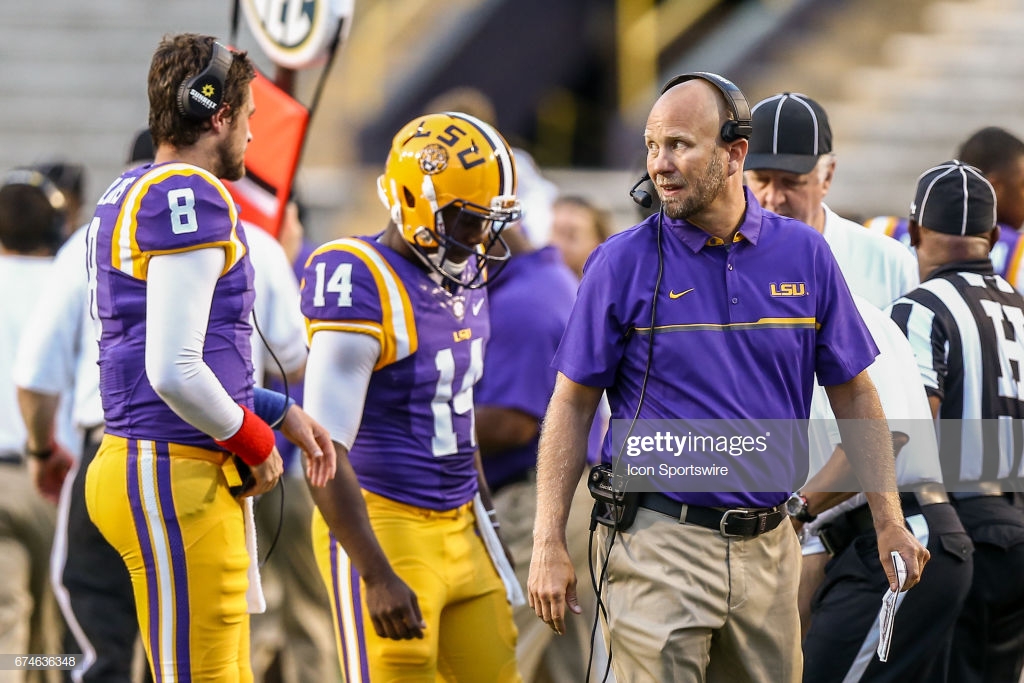 So far, the Pittsburgh Steelers have made one addition to their coaching staff, hiring Matt Canada to serve as their QBs coach in 2020. While it’s tough to quantify the impact of a positional coach, one former player of his says the Steelers made a great hire.

During the media day portion of Senior Bowl week on January 21st, I caught up with LSU tight end Stephen Sullivan. Sullivan was with the Tigers in 2017 when Canada was hired as the team’s offensive coordinator. And though that stint lasted just one season, he left a clear, positive impression on Sullivan.

“That’s my guy,” Sullivan said. “He always tried to find a way to get me the ball. He always felt good about me. I love Coach Canada. I wish we would’ve kept him actually. Not trying to downgrade Coach Brady or anything. I had no problem with him. Congratulations to him.”

Sullivan hadn’t heard the news of Canada’s hiring until our conversation but count him as someone supporting the Steelers’ decision.

In 2017, Sullivan’s first year seeing playing time, he caught 11 passes for 219 yards, a healthy 19.9 yard average, with one touchdown along with an additional rushing score. That rushing touchdown showcased Canada’s creativity and Sullivan’s point about trying to get him the ball. His touchdown came on an end around on the goal line, a one yard high-effort score in a come-from-behind win over #10 ranked Auburn.

If you missed it, check out our breakdown we wrote right after the Canada hiring was announced. In 2020, he’ll primarily work with youngsters Mason Rudolph, Devlin Hodges, and Paxton Lynch. Pittsburgh gave Rudolph a vote of confidence after the season and anointed him as the 2020 backup, counting on him to bounce back from a roller coaster 2019. Adding a QBs coach doesn’t guarantee success but it sure doesn’t hurt, especially when bringing in a bright offensive mind like Canada.