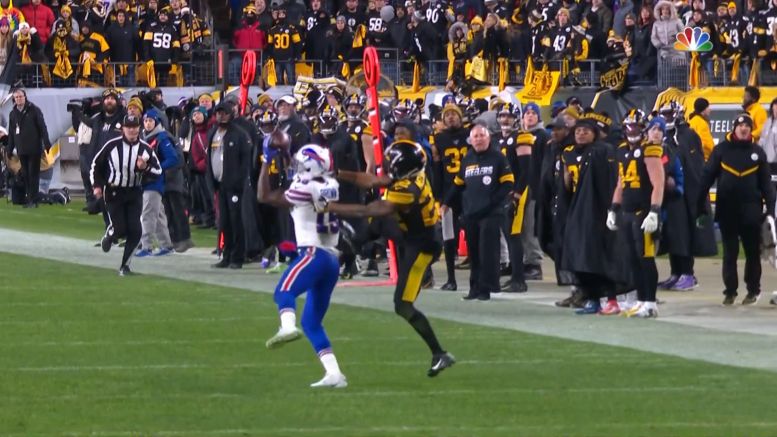 Renegade is the Pittsburgh Steelers’ unofficial anthem. It’s what gets played late in games, when the defense needs a stop, and sends Heinz Field into a frenzy. You can probably thank that swell of enthusiasm for several wins over its history.

“When it came on, [offensive coordinator Brian Daboll], told me after the game, ‘I didn’t tell anyone but as soon as they turned the song on, I was going to go deep.’ So that was the play we called and John Brown went up and got one.”

The play he’s referring to? Brown’s 40 yard reception in the fourth quarter. With the game tied at 10, the first play after Renegade, Allen hit Brown down the left sideline for a huge gain. Here’s the sequence, starting with the Terrible Towels waving followed up by the completion.

It set up Tyler Kroft’s touchdown, the go-ahead and game-winning score, and Buffalo hung on to win 17-10. That loss would begin Pittsburgh’s three-game skid, keeping them out of the playoffs for another year despite an 8-5 record heading into that contest.

Allen would go on to list that Sunday night victory over the Steelers as one of his trademark wins, the game that clinched a playoff berth and the first time the Bills had been on SNF in more than a decade. For that game, he went 13/25 for 139 yards, one touchdown, and one interception. Not a great game by any means but in the biggest moment, Allen and Brown made the play, all thanks to Pittsburgh’s signature song.