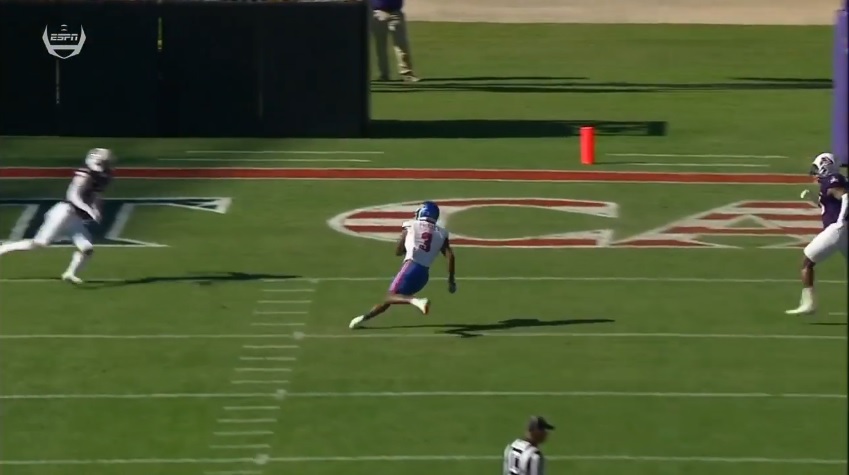 The Pittsburgh Steelers struggled in the slot tremendously last season. Injuries and subpar play at both the receiver and quarterback positions played greatly into the decline in production over the middle of the field but the slot could still be one area that the Steelers try to improve heading into the 2020 season.

And if they are looking towards to the 2020 NFL Draft to help fix their slot issues, SMU receiver James Proche could be the solution.

Proche enters the 2020 NFL Draft as one of the more prolific slot receivers in this year’s class. He led the NCAA in receptions this season with 111 while his 1225 receiving yards ranked third in the American Athletic Conference. While he can play out wide and in the slot, the SMU receiver believes that there is a lot of money to be made in the slot.

The SMU receiver not only comes equipped with the quickness needed to survive in the slot but what really separates him from the pack are his incredible hands. Proche may not just have the best hands out of all the receivers that attended the Senior Bowl but he may also have some of the strongest hands from this year’s draft class. One handed catches are a common feature throughout his tape as the SMU product is able to make the extraordinary look ordinary.

“My ball skills and my hands are my best traits. I don’t think anybody has better hands than me here,” said Proche.

While Proche has incredibly large hands for his frame, he has also put in many hours in perfecting his craft. Every catch that he has made during a game, he has made 1000 times in practice.

“A lot of practice (goes into my catching ability). Every catch that I put on tape; I have made 1000 times before. I’m in the dark trying to catch the ball and jugs machine obviously.”

While the Steelers were doing their homework on him, Proche had also done his homework on the Steelers as he was well aware of what the franchise represented and all the great players that launched their careers in Pittsburgh.

“Tied with the most Super Bowls now. The Steel Curtain, they got some legends. Lynn Swann and AB, some legends out there. One of the most historic franchises in league history,” said the SMU receiver.

There is no denying that Proche and the Steelers would be a be a good fit from a football point of view and the receiver also seems to fit the mold of what the franchise looks for off the field.

“I’m a family guy, family first. I’m a competitor and I chill with my girl. That’s pretty much it, I’m a real chill dude,” said Proche.

While the Pittsburgh franchise is known for their success, they have also built a reputation on respect throughout the years. Respect is an aspect of the game that Proche takes very seriously and he credits former SMU receivers Courtland Sutton and Trey Quinn for preaching the importance of professionalism and respect.