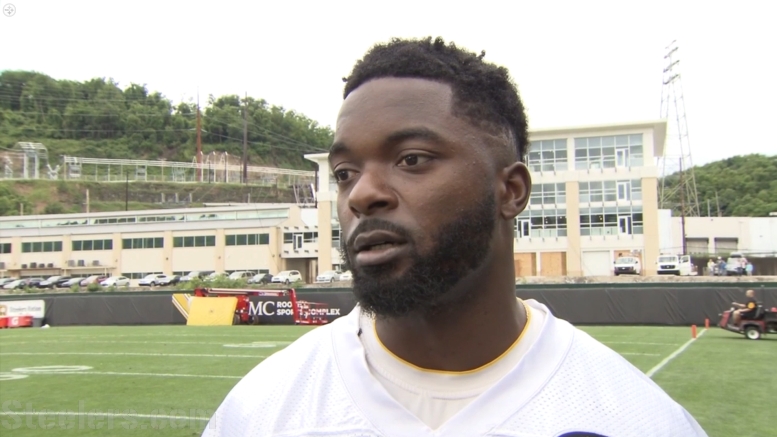 Grief is a transparent veil we are often forced to wear. Even though others may not be able to see it—indeed, it’s desired that it be obscured—it nevertheless hangs over our heads. No matter our circumstances, we as humans all share in the common emotion at some point or another, because we all inevitably lose somebody close to us.

One thing that we as fans can be guilty of at times is to strip our celebrities of their right to a basic level of humanity, expecting them to always only perform, whether that is in their profession or in their public presentation. Yet we all know, or should know, that they have interior lives as well, and battle the same things we do.

Former Pittsburgh Steelers wide receiver Eli Rogers is currently donning that veil as he embarks on the newest chapter of his life, as a starting wide receiver for the D.C. Defenders of the XFL. In the week leading up to his team’s debut, his mother passed away.

“We went through a lot this week”, said teammate Rahim Moore after the Defenders’ victory on Saturday. “I pray for him that the Lord help him overcome the death of his mother. My mother’s living, so I don’t understand how that can feel, but for this guy to go out and play, he never showed bad emotion to the team, he went out there and played hard.

This is more than a team. This is a family. @rahimmooresr x @__bELIeve17 pic.twitter.com/E5u9qRy5dH

“I’m happy for this dude. I prayed to God that he had a good game, and that he did. It took a lot for him to come do that, because mothers are essential to all of us”, he said.

Rogers led the team with six receptions on six targets for 73 yards, including a key 27-yard reception on third down, in the Defenders’ 31-19 victory over the Seattle Dragons. He is also the most experienced player on the team’s roster in terms of NFL background, having spent five years in Pittsburgh.

I recall at least two times in recent years in which a Steelers player had to deal with the loss of his mother. Emmanuel Sanders’ mother died in his second season in 2011. Ramon Foster’s mother passed away in 2014. DeAngelo Williams lost his mother to cancer prior to joining the Steelers. Other notable parental losses were suffered by Artie Burns and Shamarko Thomas during their college careers, and they became responsible for raising their siblings.

I just want to express my condolences to Eli Rogers on behalf of all at Steelers Depot. I’m sure most of us have already suffered some significant loss or another over the course of our lives and thus can relate in some way.

Tranae Jackson battled HIV since he was eight years old. We wrote about how that shaped Rogers’ upbringing back in 2015 after he signed with the Steelers as an undrafted free agent.

Rest In Paradise Tranae Jackson. I love you Ma. I know that the Lord is pleased with you. You fought the good fight. No more suffering. No more pain.
💜💜🕊
1969-2020