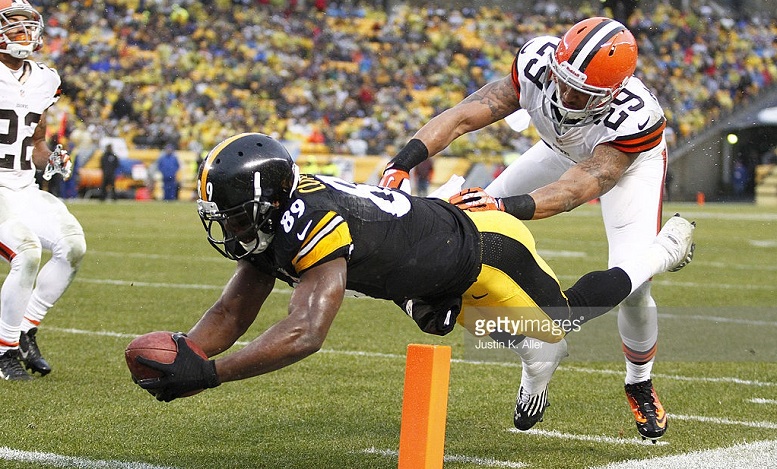 The Pittsburgh Steelers’ wide receiver coach job has been unusually shrouded in mystery for the past few days but according to Gerry Dulac, we’ll soon receive clarity. He tweets the team will make and announce its decision shortly.

Steelers expected to sign a WR coach "any day now," per source. Appears to be down to two — former Steelers WR Jerricho Cotchery and former South Carolina off coordinator Bryan McClendon.

As he notes, there are two contenders for the spot. South Carolina WRs coach Bryan McClendon and Carolina Panthers’ assistant WRs coach Jerricho Cotchery. Initial reports indicated McClendon was the hire but those were subdued after the news Cotchery was also interviewing for the gig.

Regardless of who they hire, they’ll be bringing in a relatively young and fresh face, a chance from the father figure types of Richard Mann, the late Darryl Drake, and Ray Sherman.

Last year, Sherman and Blaine Stewart coached the position after Drake’s sudden death during training camp. Stewart remains on staff, though as we wrote during the Senior Bowl, is looking at other opportunities. Sherman is still listed on the website’s coaching staff but they’re notoriously slow to update that list. It’s unclear if he’s still with the team in any capacity.

We’ll be here to share the news when the team makes it announcement, which could happen as soon as Friday.