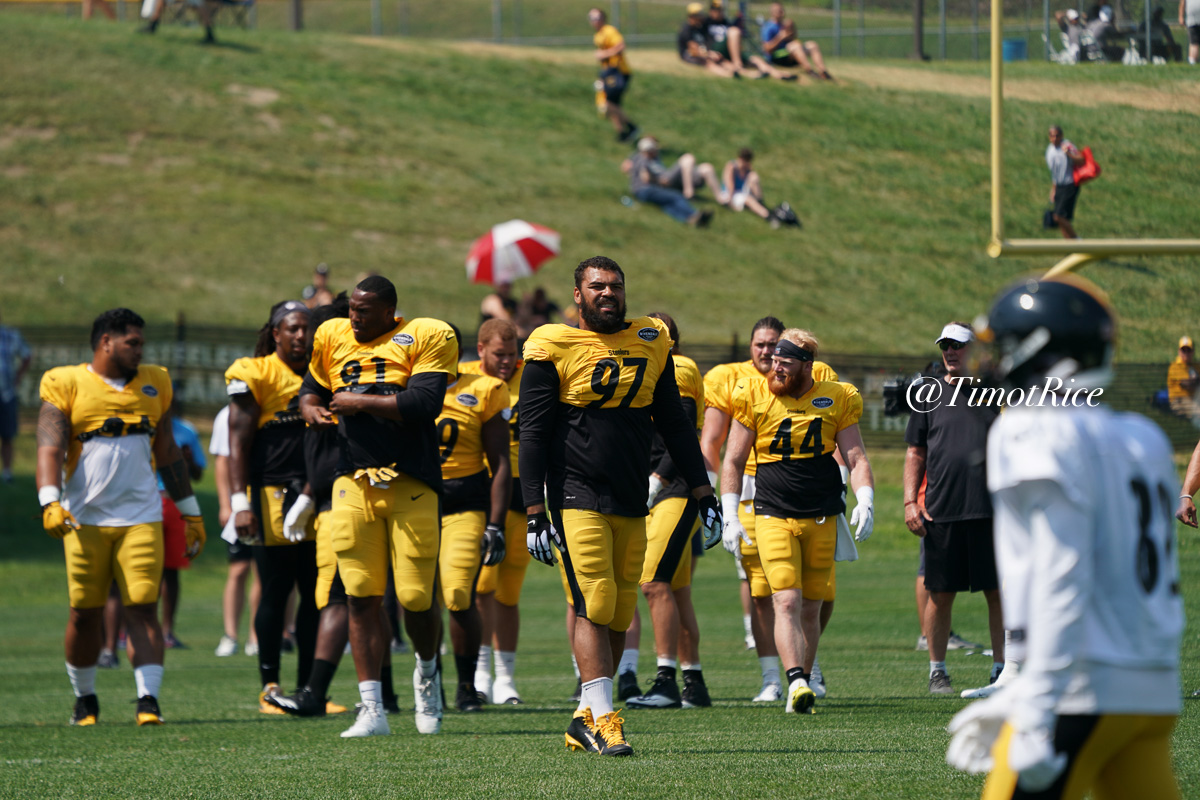 It’s nothing but love when it comes to Devin Bush and Cam Heyward. Bush joined Jim Rome on The Jim Rome Show during Super Bowl week down in Miami. They touched on a variety of topics but talked extensively about Heyward, who has been making media rounds during the week.

“He’s great man,” he said. “He’ll scare you some time. He’ll scare you. I call him, he’s just a big bully. He wants to show everybody how big he is. Head’s humongous, his arms, his legs, his body. But nah, Cam, he’s a super veteran and he just, he loves the game of football so much and you could just tell he puts his all into it. Week in and week out. There’s been times where this guy had a thigh bruise in the middle of the game. After every possession, he has a heat pack on it. Thigh bruises aren’t easy to get over. He got over it the next week, he’s playing. Thigh bruises put people out about two weeks. He was in the fire the whole time.”

Heyward has taken the mantle of one of the team leaders, especially on the defensive side of the football, and one of the organizations’ captains. He’s also in the prime of his career, coming off another All-Pro season, and that’s started the conversation about a possible path to Canton.

“Cam, all respect to Cam. He’s my big brother. Love him to death. Great teammate.”

Bush was then asked about playing among one of football’s most dominant defenses in 2019, reflecting on how talented the unit was top to bottom.

“You’ve got TJ Watt, you got Cam, you got Bud, you got Joe Haden, Steve Nelson, Minkah, me, Mark Barron. I could keep going. Mike Hilton, like it’s a bunch of guys. Terrell Edmunds. A bunch of guys with a bunch of playmaking ability just waiting to do something. I think we feed off each other.”

It was a defense that forced 38 takeaways, their most since forcing 40 of them in 1996. Pittsburgh will retain most of their elite talent heading into next year. The only major loss is expected to be Javon Hargrave. Bud Dupree will almost certainly be kept, either under a franchise tag or long-term deal. All the other players Bush mentioned, sans potential cap casualty Mark Barron, will return.

Check out the whole interview with Rome below.