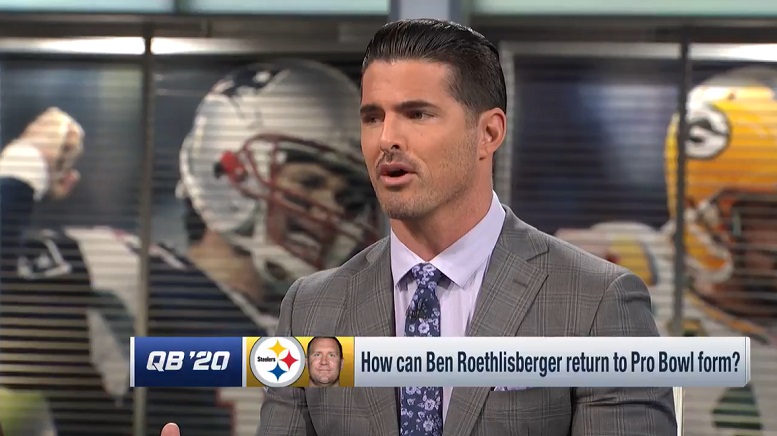 On the surface, not too many major media NFL analysts appear to be convinced that Pittsburgh Steelers quarterback Ben Roethlisberger will be able to return from his serious elbow injury this past season and play at level in 2020 that will result in the team returning to the playoffs after a two-year absence from them. Former NFL quarterback David Carr, however, isn’t one of those analysts.

In a Monday segment on ‘NFL Total Access’, Carr let it be known that he believes Roethlisberger will indeed be able to return in 2020 from the elbow injury that sidelined him most of the 2020 season and do so at an acceptable level in addition to making the players around him better.

“I think that Ben makes the guys around him better also,” Carr said of Roethlisberger Monday evening. “I think when you talk about how good the receivers are developed there [in Pittsburgh], I think it’s because Ben Roethlisberger has always been a guy that can make plays and honestly, is a guy that’s unlike anyone else.

“And so, you talk about, well, is he gonna be able to come back? I remember when we were in the lockout year, he didn’t touch a field, didn’t put cleats on. He told me this in a preseason game, from December and all the way through that entire offseason, came in in August, and by the way, he played well in that preseason game, he ended up playing great in that upcoming season. So, the guy is not going to just lose it. He has that natural ability of throwing the football. It’s effortless for him. It’s not hard.”

“But Ben, still, even, you know, he’s got a little bigger beard, maybe he’s got a little more pounds on him, it’ll just be easier for him to throw a defensive lineman off of him. So, I don’t think he loses much.”

So, does Carr believe the return of Roethlisberger in 2020 will result in the Steelers making the playoffs after the dust of the regular season finally clears?

“I think so,” Carr said. “Because they have a great defense, they’re ability to run the football is because of the offensive line is still pretty solid. And then if you do what you want to do on the outside with those wide receivers, JuJu [Smith-Schuster] and you grab [James] Washington and he kind of steps up, maybe they grab another guy in a loaded draft for wide receivers, Ben makes this team a playoff team for sure.”

What’s funny is that Carr didn’t even mention Steelers wide receiver Diontae Johnson, who led the team in total receptions in his 2019 rookie season. Johnson figures to be an even bigger part of the offense in 2020.

Roethlisberger’s 2020 comeback is still in its early stages, however, according to what head coach Mike Tomlin said during a Monday morning interview on ESPN’s ‘First Take.’ Even so, Tomlin said Monday he has no reason to believe that Roethlisberger won’t be able to return to form in 2020 and that he should be more than ready to play come Week 1 of the regular season.

“This guy is the ultimate competitor,” Tomlin said Monday of Roethlisberger. “He’s dropped the gauntlet down. He’s made a statement that he’s coming back, and I look forward to watching him answer that challenge.”