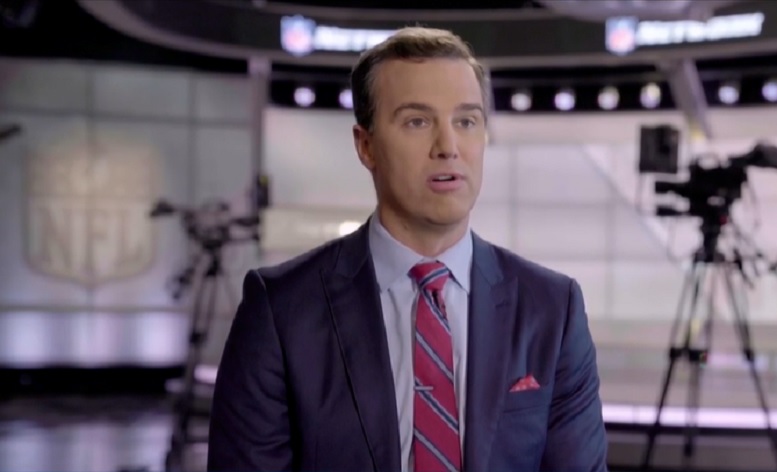 Monday afternoon, NFL Network draft analyst Daniel Jeremiah held a conference call with the media ahead of the 2020 NFL Scouting Combine in Indianapolis, IN getting underway and as expected, he talked extensively about several different players. As you can imagine, the session was quite lengthy but it’s definitely well worth a listen.

Below is the audio from that call and it’s roughly 108 minutes in length.

Very late in the call, Jeremiah was asked abut potential options for the Pittsburgh Steelers with their first scheduled pick in the 2020 NFL Draft in the second-round and at 49th overall and below is the answer that he gave.

QUESTION: What do you think will be available for the Steelers at 49 when they finally pick? Do you think it will be skill position, and what players do you see among them?

DANIEL JEREMIAH: That’s a good question, trying to figure out what’s going to be there at that point in time. When I look at the needs for the Steelers, trying to find an edge rusher at that point in time — you know, an interesting — I put edge rusher, you can look offensive tight end, a couple different directions there. But if you’re looking for — just take one at a time here — if you’re looking for edge rushers, Jonathan Greenard from Florida, who can stand up, he stands up off the edge, he’s got a nice get-off. He’s really good with his hands. He’ll push and pull, do those things. Very athletic, had an 80-yard fumble return when I was watching the Vandy game. But he’s got some real twitch and real fluid. He can bend at the top of his rush. He’s somebody in the second-round range. Curtis Weaver, teams are all over the place of him, from Boise State, because he doesn’t have a good, a typical body type you would see for an edge rusher. He carries a little bit of extra weight. He doesn’t have great get-off, but he’s somebody with a tremendous amount of wiggle as a rusher and he’s a finisher. He’s very productive, can change directions. I don’t think he’ll test very well, so he could kind of be in that range. One more name I would give you would be a guy like Darrell Taylor from Tennessee, who has got — really if you watch him in 2018 is a first-round type player, was not healthy this year. But really, really dynamic explosive. He’s got a stutter bull move. He can really knock you back. Has a really high ceiling. But injuries I think will knock him down a peg. So he could be in the mix there in that group at that point in time. And then the tight ends, I feel we’ve kind of gone over them. I think there’s a chance at that point in time you might have a chance at maybe it’s a Harrison Bryant or Trautman there from Dayton with the opportunities for them there at the tight end position. And interior offensive line, last one, some opportunities for them at that point in time, look, I think you look at a guy like Robert Hunt from Louisiana-Lafayette. He played tackle, but I think he’s going to be a guard. He’s really, really explosive. He’s got upper torque, just collects a ton of knock-downs. Football intelligence is just okay. But there’s a lot to work with him, and he’d be an example — Damien Lewis, another one from LSU, would be another interior player that would factor into that portion of the draft.