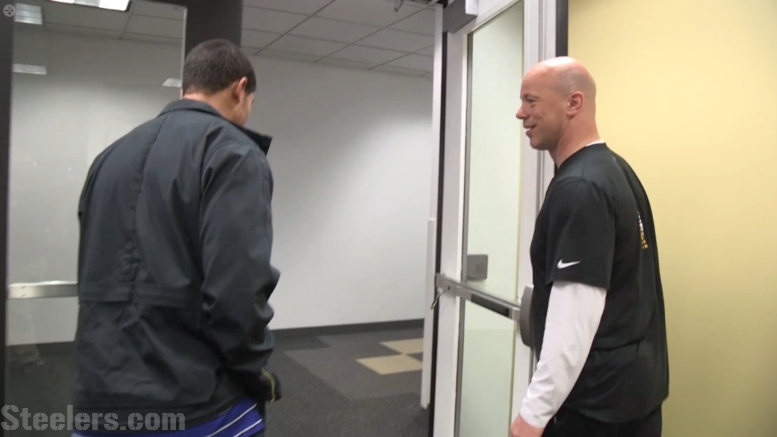 Question: Will the reduction of formal player interviews at the NFL Scouting Combine have any meaningful negative effect on the pre-draft process?

Before we begin, I want to specify that I’d like to talk both specifically about the Steelers as well as more generally about the entire NFL. Because the Steelers are among the most active teams in the league in terms of getting boots on the ground at as many Pro Days as possible, trying to meet with as many players high on their radar as they can, they may be less affected than most by the fact that they may now only interview 45 players at the Combine rather than 60.

Nevertheless, the fact that they have fewer formal interviews also puts a greater emphasis on informal contacts in addition to Pro Days, as well as pre-draft visits, and in particular makes the selection of formal meetings in all three phases all the more important.

There was one recent year, perhaps 2018, during which the Steelers did not even utilize all of their pre-draft visits allotted to them, though that appears to have been an anomaly more than anything else. It may be more prevalent among other teams.

One effect I think this may have is that there may be more sharing of information between teams regarding prospects. It is a practice that a team may agree to meet with a player and pass on what they learn to other teams in exchange for similar knowledge of other prospects.