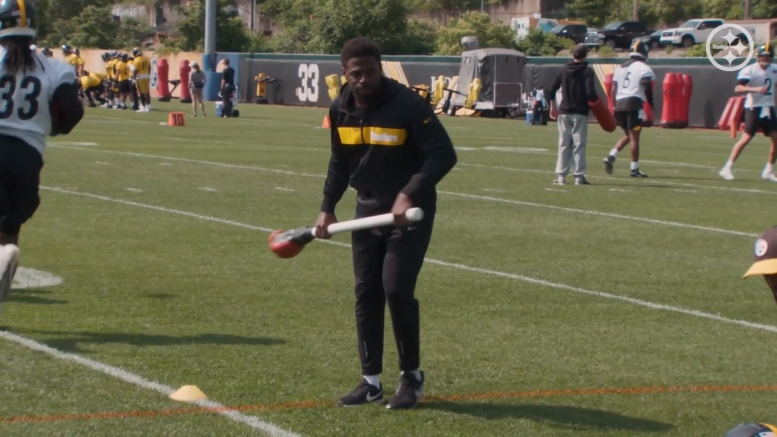 According to their website, Gay will work with the defensive backs. In 11 years in the NFL, 10 with Pittsburgh, one stray season with Arizona, he started 102 games, picking off 13 passes with five career pick-sixes. He was part of Mike Tomlin’s first draft class, selected in the 5th round of the 2007 draft.

Gay spent 2019 with the Steelers as a coaching intern, working with the wide receivers, offering the perspective of a former defensive back. Missouri State described his time in Pittsburgh.

“The former NFL standout worked with a variety of duties on the Steelers’ staff, including nutritional strategies, stretching and mobility work, performance benchmarks and performance-based drills.”

It was unknown if the team planned on bringing him back for the 2020 season. He’s still listed as a coaching intern on the team’s website, though it’s notoriously slow for updating.

Gay earned praise from multiple players and coaches throughout the year. Here’s a snippet of what they had to say.

Ben Roethlisberger: “What I think is great, what he brings to the group and do the wide receivers especially is a different perspective. The other side of the ball, and he can kind of coach them, talk to them about what he would see as a defender and what he expects and things like that. So I think any time you have that it’s invaluable”.

Randy Fichtner: We’re glad to have him. He’s got a lot of energy. He wants to learn. He wants to be a coach. And what better opportunity to kind of pull the whole thing together, learn maybe some things from an offensive perspective that might make him a defensive coach if he so chooses that’s where he wants to go? If he wants to stay on offense, then he’s going to be a good, young coach.

Gay is flipping over to the defensive side of the ball but clearly wants to pursue coaching full-time. Known as one of the hardest working and smartest players on the team, odds are, he’ll have just as much success in this role as he did during his player career.

He is the second member of the coaching staff/front office to leave. Samir Suleiman, assistant “cap guy” to Omar Khan, left to take a job with the Carolina Panthers a few weeks ago.