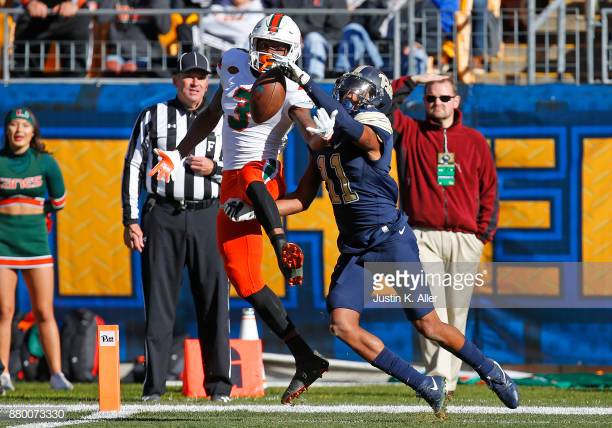 During Tuesday’s media day during Senior Bowl week, I talked to Pitt cornerback Dane Jackson. Here’s our conversation. We hope to have a scouting report on him prior to the draft.

Question: You were a light recruit out of high school but still received an offer from Pitt. How did Pitt come on your radar?

Question: You played basketball in high school too. Did you have any opportunities to play in college and if so, what made you choose football?

Answer: I never had any basketball offers coming out of high school. So it was strictly football.

Question: Take me through your Pitt career. How do you view your time there and did you play strictly on the outside or work in the slot too?

Question: Have NFL teams viewed you as an inside or outside guy?

Answer: Teams talking to me, interviewing with teams, saying I would be a good nickel fit so I’m going to try to get out there today and show them.

Question: What kind of feedback have you received from scouts?

Answer: Just looking for me to be myself. Do what I did all season. Not let up from what I showed on tape.

Question: Is there a chip on your shoulder being an overlooked guy in the recruiting process?

Alex: For sure. I’m sure there’s maybe situations where coaches think I can’t play at the highest level. And that’s what I’m here to prove.

Question: One of your strengths is your patience in man coverage. Take me through your pre-snap reads and keys. What are you looking for?

Answer: I’m keying the hips. A lot of receivers like to do a lot of dancing at the line but the hips don’t lie. Just follow those hips and it’ll take you where you need to go.

Questions: Have you met with the Steelers yet?

Answer: I just met with a scout. He just had me fill out a questionnaire.

Question: Are you a Steelers’ fan?

Answer: Yeah. My granddad was a huge Steelers’ fan. So he kinda brought it to the house.

Question: What would it mean to stay local and get drafted by Pittsburgh?

Question: What’s it like sharing the same facility with the Steelers? How often do you see those guys?

Answer: During the season, by the time we’re done practicing they’re coming out so us walking off the field we get to see those guys a lot.