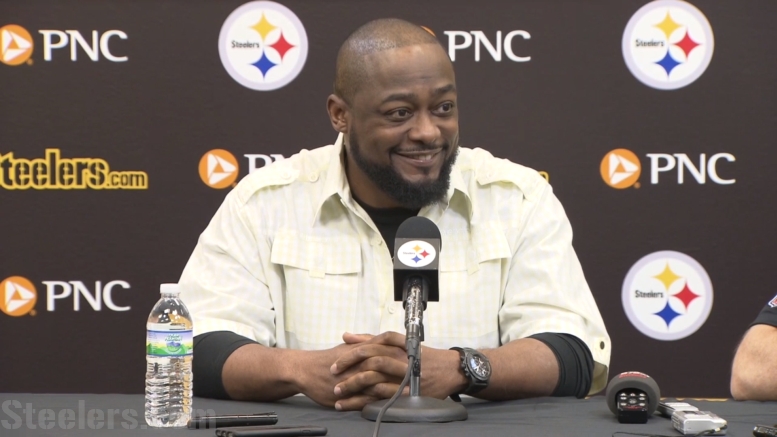 As it turns out, perhaps being a fan and being a head coach aren’t so different after all. Following a dismal three-week stretch to end the season, Pittsburgh Steelers head coach Mike Tomlin is consoling himself with the awareness of the continuation of the process.

While they missed the postseason, the consequence is that Tomlin’s offseason begins earlier than intended, and he is ready to dive into that. It’s not simply a ‘luxury’ not afforded to teams who are still in the tournament (as much as you obviously want to be there), there’s also some solace to be had in being able to move on to another chapter.

“As somebody that doesn’t have a lot of hobbies and loves what he does for a living, I embrace that element of it”, Tomlin said earlier this week of the offseason process. “That is the only way I get over the disappointment of the season, to be quite honest with you”.

That sure sounds a lot like fans, doesn’t it? That’s what we do here, after all. We’re already gearing into offseason mode, preparing to evaluate draft prospects, previewing the potential fates of the Steelers’ pending free agents, and things of that nature. It’s what gets us through to the next game, these offseason tentpoles.

“In a few weeks I will be headed to Mobile and I’ll begin anew, exposing myself to the 2020 draft eligible”, Tomlin said. “After that, you will start exposing yourself to free agent potential availability and evaluation of those men, getting prepared for Indy and the interviews associated with that. The wheel keeps turning”.

“The challenges, there is urgency to the challenges, they are different”, he added. “You have to pivot and transition and I look forward to doing that. That is an aspect of the job I really enjoy. Like I said it’s therapeutic for me”.

It is the only approach to take. Once you go through your exit meetings and generally put a bow on the 2019 season, the only thing left to do is to look ahead in preparing for the 2020 season. It’s both necessary and therapeutic to do so.

One wonders if the disappointment of the season would be felt so strong had things been structured differently. To go from a 1-4 start, during which you lose your franchise quarterback, to a 7-1 stretch, putting yourself in a playoff position, only to blank out in the final three weeks, it seems about the worst possible way to structure things.