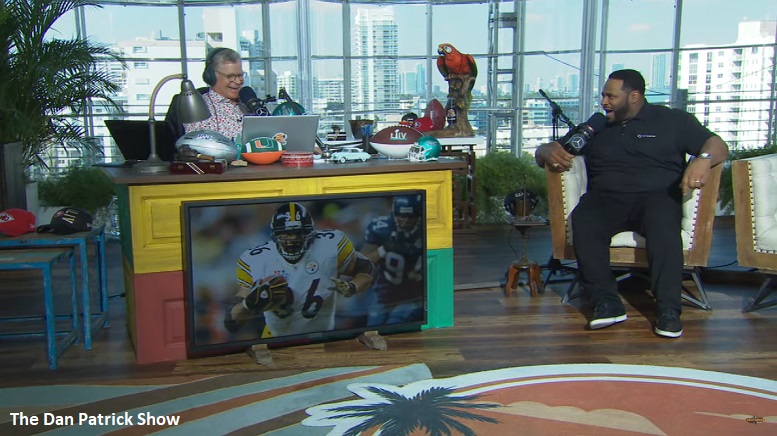 Sometimes, it doesn’t matter how great you are if your greatest blunder is great enough. It will still be the thing you’re most remembered for by those who don’t know an extensive amount about you. Think about it for a moment. What’s the first thing that comes to mind when I mention Janet Jackson?

That’s how Jerome Bettis feels about his fumble during the pivotal Divisional Round game against the Indianapolis Colts during the 2005 postseason. It was nearly his Bill Buckner moment (there’s another one, if not for a game-saving tackle by Ben Roethlisberger and an eventual field goal miss by at the time one of the most accurate kickers in NFL history.

This was Bettis’ final season. The Super Bowl was being hosted in his hometown. It was all set up for a fairytale ending, but he nearly turned it into a nightmare on his own. So it’s no surprise he would want that moment back. But the reason he singles it out is because it’s what people actually bring up when they run into him.

“The only reason I want that carry back is because now every time I go anywhere—I’m in an airport and it’s ‘hey man, I remember that!’”, he told Dan Patrick yesterday. I’m like, ‘man, are you serious? My whole career, you remember that moment I fumbled?’. It’s like, that’s the only carry anybody remembers. They remember that I was a Hall of Fame running back, but they can’t remember any of the carries except the one that I fumbled”.

It’s almost hard to believe that moment already came about 15 years ago, but here we are. We’re on the doorstep of Super Bowl LIV, and that was Super Bowl XL—or rather the leadup to it. Fortunately for Bettis and the Steelers, they still went on to win the game, and he had his storybook ending, but it’s still what many think about.

If not that, of course, then it’s typically the Brian Urlacher carry. But that one is much more specifically Steelers-oriented. Anybody who just recognizes him as a great running back and not necessarily as a Steeler is not going to know that play, most likely. The fumble is his ‘signature’ moment in the same sense as Buckner’s error and Jackson’s own Super Bowl moment, in which she made a boob of herself.

That play does not, of course, define his legacy. He is in the Hall of Fame, after all. He rushed for 13,662 yards over the course of his career with 91 rushing touchdowns. He is among the immortals of the game, regardless of who remembers why, and that can’t ever be taken away from him.