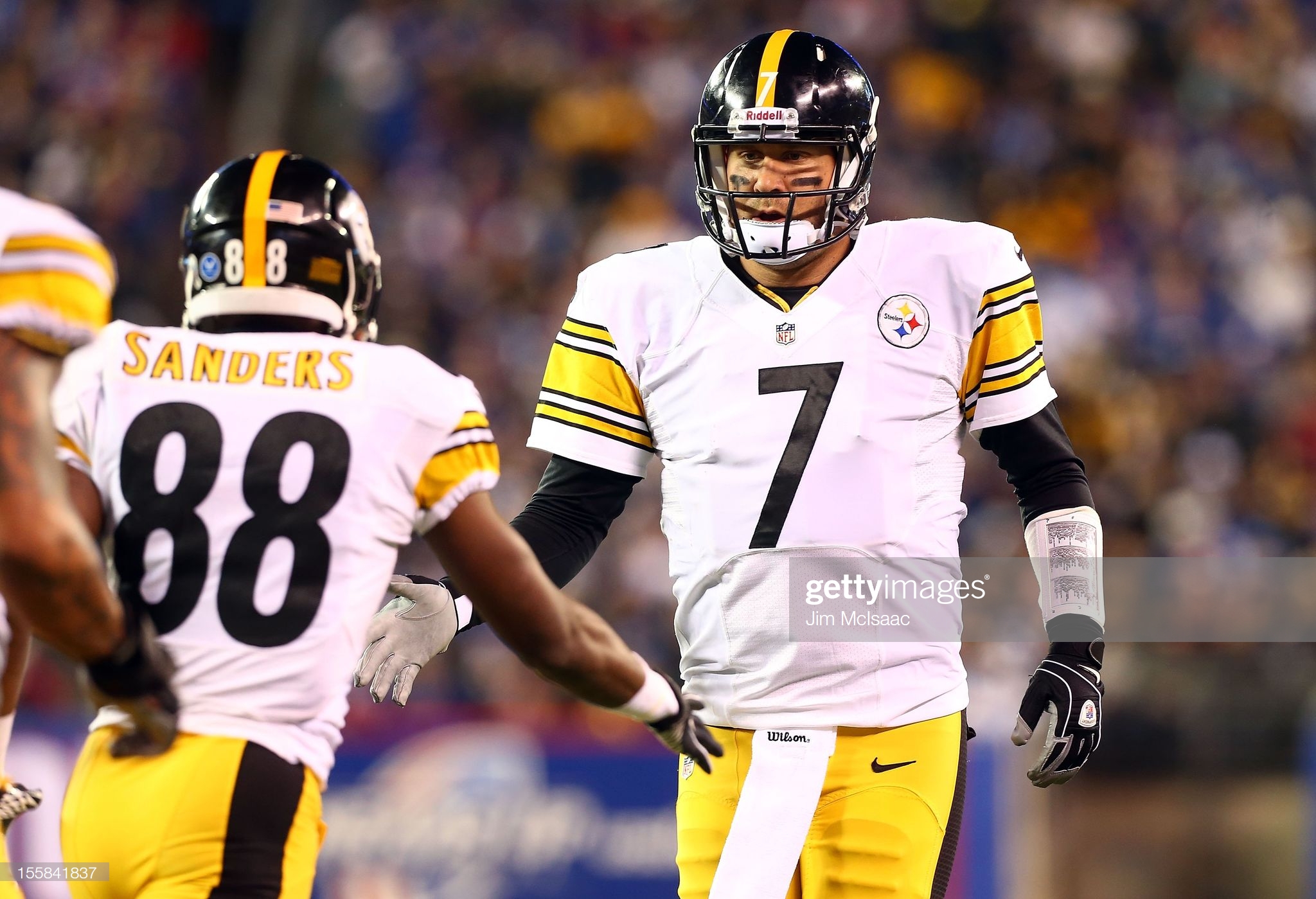 There are few players whom the Pittsburgh Steelers chose not to re-sign after their rookie contract who have gone on to do more in the time after than has wide receiver Emmanuel Sanders, who on Sunday will be looking to collect his second Lombardi Trophy since leaving the Steelers, having made a couple of Pro Bowls along the way as well.

Upon the completion of his rookie contract in 2014, Sanders signed with the Denver Broncos, with whom he won a Super Bowl in 2015 with Peyton Manning at quarterback. After he signed, he made some pretty negative comments relating to Steelers quarterback Ben Roethlisberger in contrasting the manner in which he witnessed both quarterbacks preparing for a season and in their working relationship with their wide receivers.

Earlier in 2019, the wide receiver was traded from the Broncos to the San Francisco 49ers, who will play the Kansas City Chiefs in the Super Bowl. While he is not putting up Pro Bowl numbers, he has still been a valuable contributor to what has become a run-first offense during this postseason run, and certainly still has something left in the tank, even if he’ll be 33 in mid-March.

He is also in the final year of his contract, which means he’ll be an unrestricted free agent for the 2020 season. What would he think about a Steelers reunion? “I would love that”, he reportedly told Ed Bouchette for The Athletic, only there’s one small problem.

“Me and Ben don’t have the best relationship”, he admitted. “I believe that bridge is burnt”. He then proceeded to go into further details, saying that Roethlisberger was still “a little bit of [a jerk]”, at that time, though allowed that he’s “grown up a lot” since then.

He admitted that he “grew not to like him but to just deal with him” during the early portions of his career in Pittsburgh. It’s worth noting that Sanders’ mother passed away during the wide receiver’s second season in 2011. I can’t help but wonder if that could have anything to do with it.

Still, Sanders, who has spent plenty of time in the media being rather opinionated about a variety of subjects, said that he has been told Roethlisberger has matured a lot, “which is good because I’ve grown up, too”.

Still, if he were interested in a potential reunion with the Steelers, it would seem an interesting choice to make these sorts of comments. It doesn’t seem to be something you would even want to draw attention to, more something you’d want to handle behind the scenes.