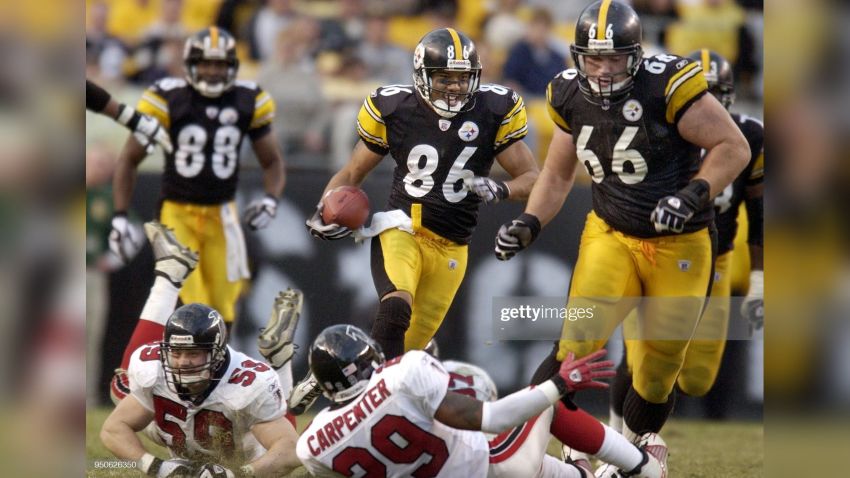 As playoff football takes place today, many former players have gone back down memory lane and recalled what their first experience was playing in the playoffs. Former Steelers wide receiver Emmanuel Sanders did so today on NFL GameDay and recalled what Hines Ward told the young wide receiver room before their playoff game in the 2010 postseason.

“My first one was my rookie year and I remember Hines Ward, before we got into the game, he stood in front of the receivers,” Sanders told the group. “And he had a look on his face like, ‘Hey guys,’ because Hines was the type to kind of smile and joke, but he stood in front of us and he was like, ‘Hey, it’s time to cut them shenanigans out, all the partying, the drinking, the hanging out.’ He was like, ‘It’s time to lock in. If we lock in for a whole month, we can be crowned champions.’ And he was dead serious. I’m looking like, ‘oh, okay. It’s really time to go.’

In Sanders’ rookie season, the Steelers made it all the way to the Super Bowl before falling to the Green Bay Packers. His first playoff game was against the Baltimore Ravens where he put up a stat line of four catches for 54 yards, second best on the team that game after Antonio Brown’s three catches for 75 yards.

That 2010 season the Steelers wide receiver room consisted of “The Young Money Crew,” Mike Wallace, Sanders, and Brown who were all either first or second year players. Then there was Ward, the grizzled veteran of 13 years at that point.

Ward’s words clearly impacted Sanders who was pretty good over his career in the playoffs. Sanders finished his playoff career with 52 catches for 622 yards, a touchdown, and one Super Bowl ring. While he was unable to win a Super Bowl his rookie year in Pittsburgh, the veteran Ward’s words clearly meant a lot to him that he remembers them over a decade later.

With 86 days now left to go before the Steelers play the Bengals in Week 1, here is #86 Hines Ward (@mvp86hinesward ) and his Super Bowl XL TD catch on the trick play. #Steelers #NFL #Steelers #NFL #HereWeGo pic.twitter.com/dGwLD4rSKJ

Ward himself was a playoff performer. Ward was elite in the playoffs, catching 88 passes for 1,181 yards, ten touchdowns, including one in the Super Bowl, two Super Bowl rings, and a Super Bowl MVP winner. Ward was always a clutch receiver but his impact always was greater in the playoffs and it was likely due to his ability to lock in.

That Steelers 2010 team was the ending of an era, but Ward still made sure to pass his knowledge of how to win down. While none of “The Young Money Crew” one a Super Bowl in Pittsburgh, both Sanders and Brown were able to win the Lombardi Trophy elsewhere and perform well in the playoffs over the years.