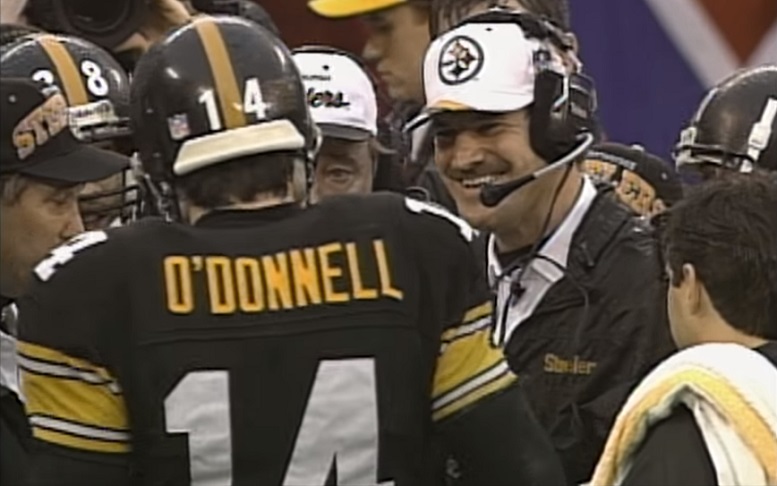 Since exiting the ranks of coaching, no two individuals have been more consistently scrutinized as to whether or not they would ever return to the sidelines than Bill Cowher and Jon Gruden. Gruden, of course, eventually caved in when offered the chance to return to the Oakland Raiders—and $100 million over 10 years—but Cowher always retained his resolve that he would not come back to the game.

Originally hired in 1992 to succeed the legendary Chuck Noll, he helped his credibility by taking his team to the playoffs in each of his first six seasons, at that time just the second to ever do that. He made one trip to the Super Bowl, though he lost. He would ultimately secure 10 playoff berths and eight division titles—finally obtaining the elusive Super Bowl victory in year 14—before resigning in January of 2007.

He has now been out of coaching for 13 years, and has never looked back. For one thing, he has absolutely excelled as an analyst, which certainly makes it much easier to stay off the sideline. But he had another reason, as well.

In talking to the Pittsburgh Post-Gazette after learning the news that he would be entering the Hall of Fame this year, he reminisced about some of the big playoff wins that they had over the years. “I remember the joy that brought to a city. For a kid from Crafton, for Dan Rooney to take a chance on a 34-year old kid, I couldn’t imagine working anywhere else”, he said. “That’s why I never thought about coming back [to coach]. I stepped down for family and have had no regrets doing that”.

No doubt his name has come up frequently over the years during the annual head coaching vacancies that would come up, but he appears to have never seriously entertained any offers that have ever come his way.

Like Noll before him, Cowher had a long and accomplished career in Pittsburgh, and was ultimately able to leave the game, at least to some degree, on his own terms. At the very least, he never got canned, after 15 years.

His successor, Mike Tomlin, is now 13 years into his tenure. After signing a one-year extension this past offseason with a one-year option to follow, he will likely reach at least 15 years. Beyond that, it remains to be seen how much longer he may want to commit to the game.

All three of the head coaches that the Steelers have had since 1969 have at least one thing in common, which is that they recognize that life is so much bigger than the game. They have all preached this message to their players and have remained devout family men.

Now the Steelers family has one more head coach in Canton. There aren’t many teams who have multiple head coaches enshrined in the Pro Football Hall of Fame.