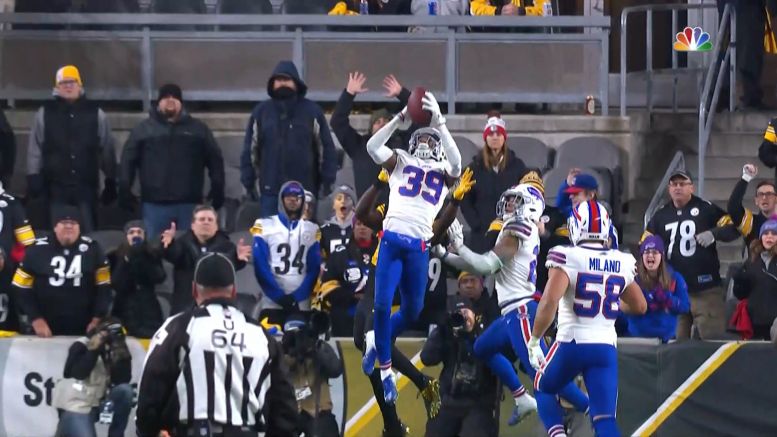 Suffice it to say that the Pittsburgh Steelers are not where they want to be, and they moved themselves a lot further from where they would have liked to be by falling to the New York Jets on Sunday. Barring that loss, Sunday’s game would be a play-in for the postseason. Instead, they must get some assistance to reach the playoffs. They were under similar circumstances a year ago, and didn’t get that help.

“There’s really not a lot to talk about. This is not the time of year to talk”, head coach Mike Tomlin told reporters at the outset of his pre-game press conference. “You either do or you don’t do, and obviously this Sunday we didn’t do”.

Largely, the cause of their failure to ‘do’, not only last week but over the course of the past two games, has stemmed from  the offense’s inability to protect the football, responsible for seven takeaways in that span. And for the way this team is built right now, that’s fatal.

Six of those giveaways have come from the arm of rookie quarterback Devlin Hodges, who was pulled on Sunday after throwing two interceptions within something like his first nine attempts, into the second quarter, if memory serves. With Mason Rudolph getting injured, however, they must return to Hodges, and he must do better in protecting the ball.

Just a short time ago, the Steelers were hosting the Buffalo Bills, technically still alive for the AFC North, and with the opportunity to secure a grip on the number five seed. At the very least, they would assure that they would have a play-in in Week 17 as a worst-case scenario.

Now, after dropping two games and going from 8-5 to 8-7, there’s nothing more to say. All they can do is ‘do’, is win, and there’s a good chance that even that will not be enough. And nobody will be feeling sorry for them if it comes to that.