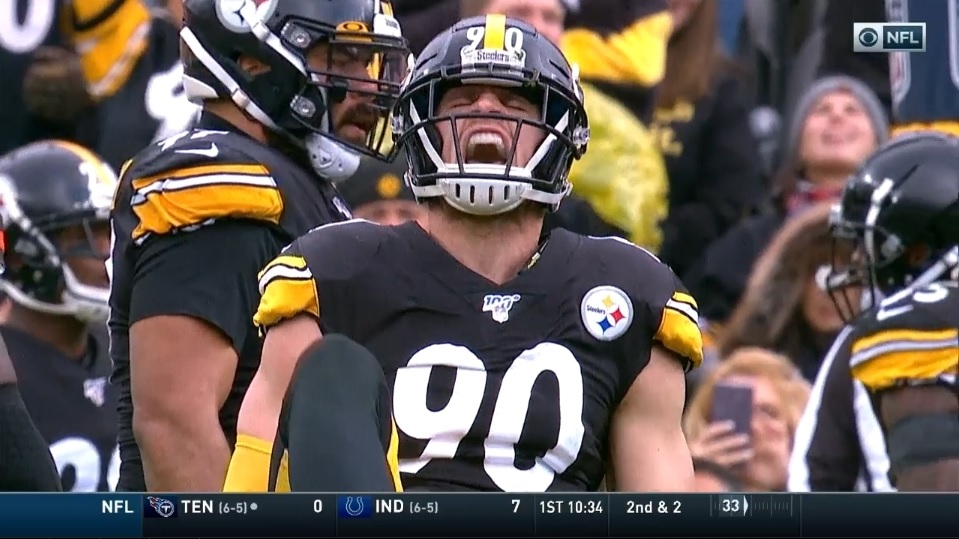 Pittsburgh Steelers’ OLB TJ Watt has been named the team’s 2019 MVP. A well-deserved honor, Watt has been the best player on the team’s best unit, making their defense one of football’s best.

TURN DOWN FOR WATT!

T.J. Watt has been voted the Steelers Most Valuable Player by his teammates.

Through 15 games, Watt has put up ridiculous numbers: 34 QB hits, 14 sacks, 14 tackles for loss, 7 forced fumbles, 7 pass deflections, 4 fumble recoveries, and two interceptions. All while playing roughly 90% of the time. He’s vaulted himself into frontrunner status for Defensive Player of the Year, competing with the likes of Tampa Bay’s Shaq Barrett, New England’s Stephon Gilmore, and Los Angeles’ Aaron Donald.

“He better get Defensive Player of the Year,” Cam Heyward said via the team site. “He is having a hell of a season. When we need a big play, he is always stepping up. He is giving us a shot. With all of his stats combined, nobody is putting together a season like he is doing.”

JuJu Smith-Schuster won team MVP in 2018. Watt is the first defensive player to be named Steelers’ MVP since Troy Polamalu in 2010. He’s the first linebacker to win it since James Harrison in 2008. Watt needs two sacks Sunday to match Harrison’s single-season record.