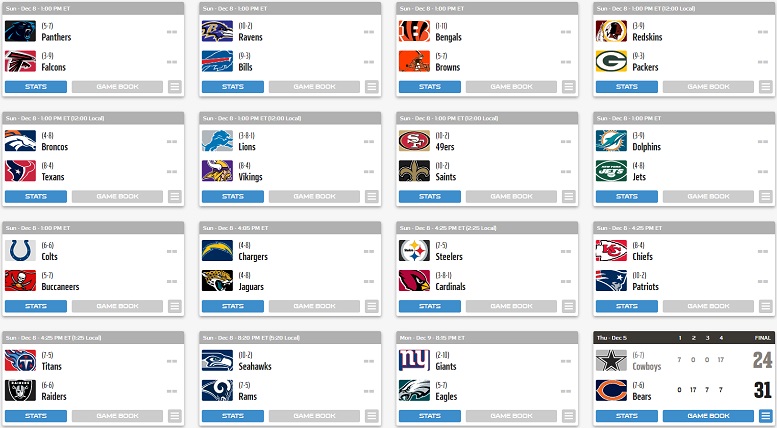 The Pittsburgh Steelers can get to three games over .500 Sunday afternoon should they beat the Arizona Cardinals on the road and in the process they would definitely prevent the Baltimore Ravens from clinching the AFC North in Week 14. The Steelers enter Sunday of Week 14 still as the No. 6 seed in the AFC and they’ll likely need to win to secure it for at least another week. There are also a few other Week 14 games to pay close attention to on Sunday if you’re into doing more scoreboard watching.  So with that, here’s a look at a few other games Steelers fans might want to pay close attention to on Sunday.

If you truly believe that the Steelers can ultimately catch the Ravens in the AFC North, by all means pull for the Bills to beat Baltimore on Sunday. For the rest of us realists, rooting for the Ravens to beat the Bills might be the appropriate course of action for Steelers fans on Sunday. The Bills are currently the No. 5 seed in the AFC and thus battling for one of two Wild Card spots. The Steelers play the Bills in Week 15 and that could potentially be for the No. 5 seed. Also, should the Ravens win their next three games and the New England Patriots slip up once more, Baltimore shouldn’t have anything to play for in Week 17 when they host the Steelers. Go ahead and pull for the Ravens against the Bills and I promise not tell anyone that you did.

The Titans are the No. 7 seed in the AFC entering Week 14 while the Raiders are currently the No. 8 seed. The Titans possess the better conference record of the two teams entering Sunday’s matchup and more importantly, the better record. It’s probably better for Steelers fans to pull for the Raiders in this Sunday matchup against the Titans even though Tennessee still has three tough games to close out their regular season. Should the Steelers lose on Sunday to the Cardinals and the Titans beat the Raiders, Tennessee would take over the No. 6 seed in the AFC with three weeks remaining in the regular season.

Should the Ravens win their next three games and the Patriots stumble at least once more, Baltimore might be inclined to rest their starters in Week 17 when they host the Steelers to close out the regular season. The Chiefs are pretty much locked into winning the AFC West so there’s really nothing to be gained by the Steelers should they lose Sunday to the Patriots. Also, watching the Patriots drop one at home will show us that the Death Star might be very vulnerable in January.

The Colts, currently the No. 9 seed in the AFC, aren’t completely dead just yet. The Buccaneers, however, have a chance to put the Colts out of their misery on Sunday. The Steelers own head-to-head tie breakers over the Colts and one would think that that should be enough down the road should it need to be factored in. Just in case, however, it won’t hurt to have the Colts completely out of the Steelers Wild Card path come Sunday evening. Pull for the Buccaneers to effectively end the Colts season on Sunday. 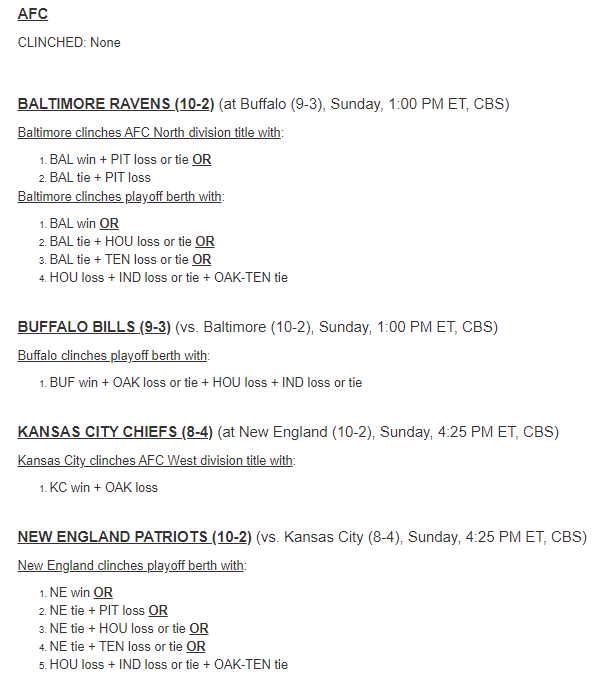