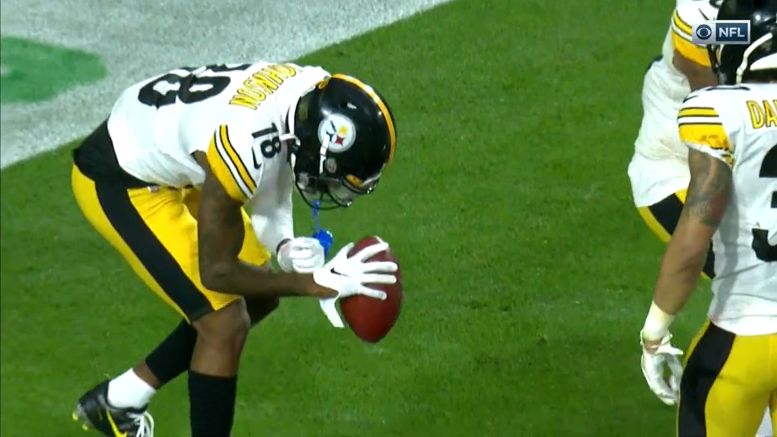 One of the issues more than any other that has plagued the Pittsburgh Steelers literally all season has been the inability to find success putting points on the board early in the game. With their opening-drive field goal last night, the team now has a whopping six points on their first possessions in 13 games this season, the previous score coming back in Week Three.

Last night, they scored on their first two possessions and jumped out to a 10-0 lead. It was about the fourth or five time all season that they put the first points on the board, the third time that they scored twice before their opponents, and only the second time that they had at least a 10-0 lead all year (they led 24-0 against the Los Angeles Chargers).

The slow starts of late was something that head coach Mike Tomlin talked about extensively following last Sunday’s win over the Cleveland Browns, which saw them start the game in a 10-0 hole before scoring the next 20 points over the final two possessions of the first half and the first two of the second.

And then he kept talking about it, in the locker room. He was sending a message to his players, and the message was received. Diontae Johnson heard it, and he helped make it happened in a big way.

“We just had to get off to a good start. The last couple weeks we’ve been starting slow”, he told Missi Matthews during a post-game interview. “Coach was preaching all week, ‘we’ve got to start fast and put points on the board’. We came out here and we played every snap with a purpose, and we did that”.

After stalling in the red zone and settling for a field goal on their opening drive, the defense forced a three and out, with Johnson following it up with an 85-yard punt return for a touchdown. It was their first special teams return score since 2017, and first punt return touchdown since 2015, so it was certainly nice to get that rare boost.

Now, the question becomes, can they do it again? It has to be noted that while they did score on their opening drive, the offense was only able to add another field goal on their next four possessions. They did, however, ultimately score on four of eight meaningful possession, with three field goals from Chris Boswell and one touchdown, to Johnson from Devlin Hodges.