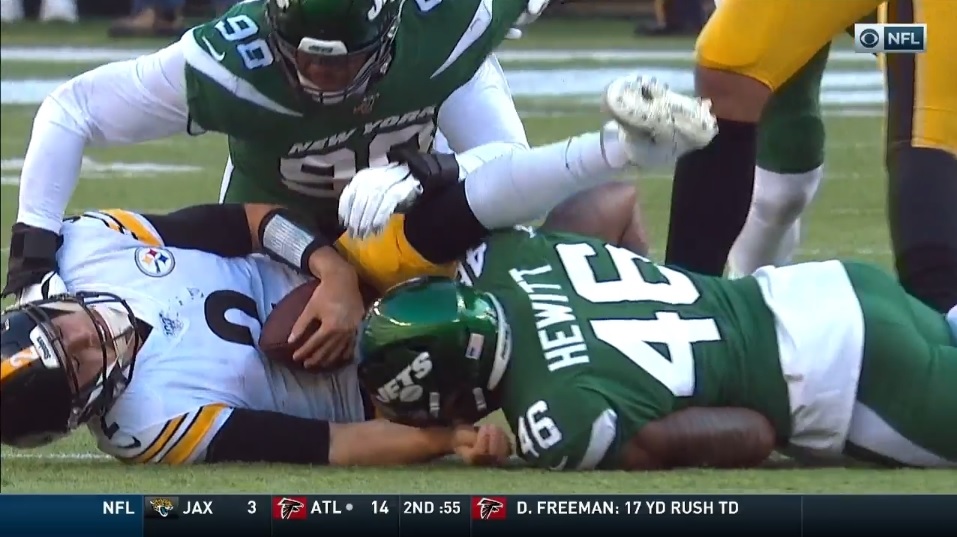 Only thing to avoid confronting my sadness over the Pittsburgh Steelers’ loss are some weird stats.

– Ok, this one isn’t going to help. The Steelers have now gone exactly one year, December 23rd, 2018, without scoring 28 points in a game. Did it in the Week 16 loss to the New Orleans Saints last season.

– Over the last seven games, Pittsburgh’s offense (not defense or special teams TDs) is averaging just 12.7 points per game.

– It’s the reason for this stat. The Steelers’ defense has allowed no more than 21 points in six straight games. 17 or fewer in five straight. Yet they’re just 3-3 over that span.

– More from the offense. Over the last two weeks, they have:

– Steelers’ QBs have thrown 18 TDs in 2019. They have thrown 19 INTs. If that ratio holds, it’ll be the first time they’ve had more INTs than TDs since 1998, when Kordell Stewart and Mike Tomczak combined for 13 TDs and 20 INTs.

– Bud Dupree notched 10.5 sacks this season. Meaning he and TJ Watt each reached double-digits. They join James Harrison/LaMarr Woodley, Joey Porter/Jason Gildon, and Kevin Greene/Greg Lloyd as the only pairs of Steelers’ to have 10+.

– Devlin Hodges and Mason Rudolph attempted 17 passes Sunday. They’re the first pair of Steelers’ QBs with 17+ attempts in the same game since Kordell Stewart (17) and Tommy Maddox (28) in a 31-23 loss to the Tennessee Titans in 2002.

– Since 1993, as far back as PFR officially tracks forced fumbles, the only two Steelers to force seven of them in a season are James Harrison (who did it twice) and Watt, who notched his 7th this weekend.

– Since 2007, this Steelers’ defense is only the second to register 35+ takeaways and 50+ sacks in the same season. The Chicago Bears also accomplished this last season.