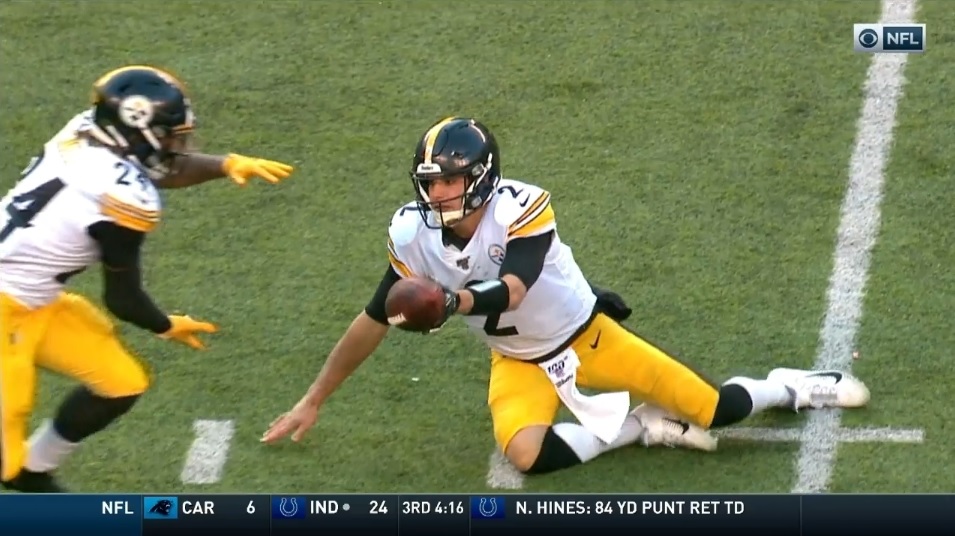 Pittsburgh Steelers’ QB Mason Rudolph is expected to miss the regular season finale against the Baltimore Ravens, according to ESPN’s Adam Schefter, who sent out this tweet a few minutes ago.

Steelers’ QB Mason Rudolph is expected to miss Sunday’s game against Baltimore with a left shoulder injury, per league sources. So it’s Devlin Hodges as starter and Paxton Lynch as backup.

The exact nature of the left shoulder injury he suffered isn’t known but is obviously severe enough for him to be reportedly ruled out early in the week. He left Sunday’s loss in a sling. The injury occurred after center BJ Finney, replacing the injured Maurkice Pouncey, stepped on his foot, causing Rudolph to fall and get tackled hard into the ground.

Rudolph had performed well prior to the injury, throwing for 129 yards and a touchdown in relief of Devlin Hodges, whose two interception performance got him benched.

Schefter also implies Hodges will be the starter over Paxton Lynch in the finale. While some fans have suggested seeing what Lynch is capable of, he hasn’t taken a meaningful snap in almost exactly two seasons. He started the 2017 finale for the Denver Broncos, throwing two touchdowns and two picks in a 27-24 loss to the Kansas City Chiefs.