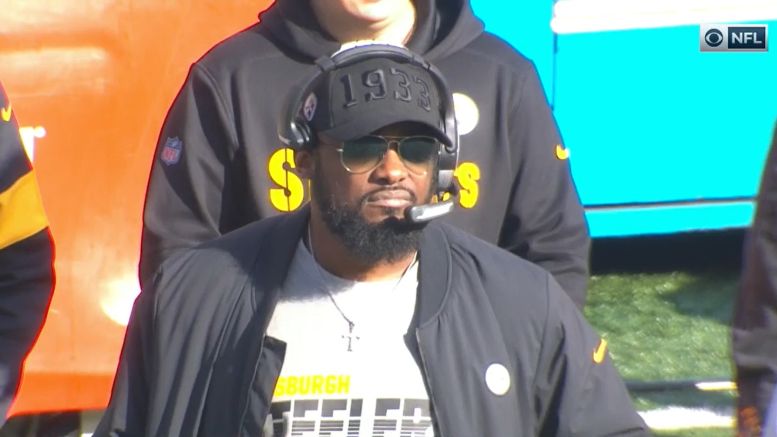 Or as it was posited to head coach Mike Tomlin after Sunday’s win: “I think people around the league are probably wondering how in the world you’re here. What would be your answer?”.

His answer? “We’re just singularly focused on Buffalo. That’s probably why we’re here. We don’t care about the three games. We’ve got a big five-star matchup at Heinz Field on Sunday night. Man, we’re excited about it”.

In other words, yet another callback to the one-game-at-a-time mantra. Yet there’s something to be said for it. This season, players and coaches have been consistently self-congratulatory about the team’s ability to keep its focus only on what’s immediately on the horizon, and have allowed themselves to fall upon that as one of the prime root causes for their success.

When you’re in such a deep hole as where the Steelers started, it’s almost hard not to take things one game at a time, though. You just want to start by winning one game, and then worrying about all the things that could possibly follow thereafter.

They got their one win over the Cincinnati Bengals in Week Four, after letting one slip away the week before that against the San Francisco 49ers, though in truth they were the beneficiary of a series of really fluky plays and turnovers by the 49ers offense, which didn’t look anything like the one that ripped apart the New Orleans Saints.

Given the Steelers’ current circumstances, there is also no reason to look ahead. So much of what will come will be decided on Sunday. The game against the Buffalo Bills will be huge, because if they win, they will control the number five seed. If they don’t, they could actually fall outside of the postseason bubble.

That’s more than enough pressure to keep your attention fixed on this next game, I would think. They come so far at this point that they now see the mountain peak, but anybody who’s done serious hiking knows you don’t just take off running for the finish line. It’s a slow, methodical process all the way through.