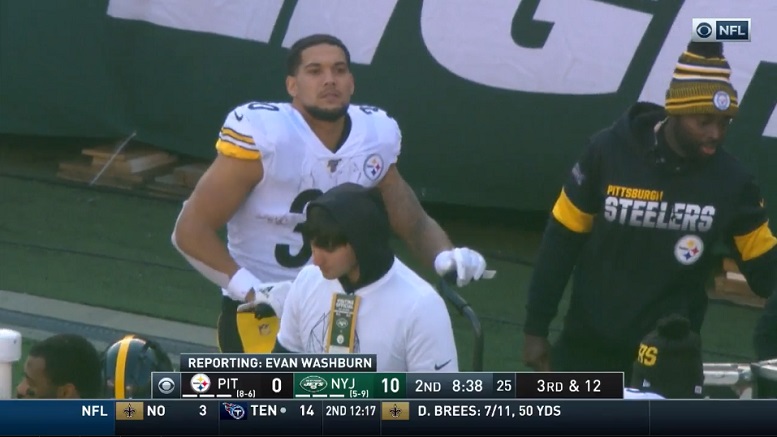 Not much has gone according to script on the offensive side of the ball for the Pittsburgh Steelers this year. They were supposed to have one of the top offenses in the league after finishing last season with the most efficient red-zone attack in the NFL, and anticipating internal growth, even with the loss of Antonio Brown.

While some key players have or had been slower to develop than anticipated, however, no single factor was more significant than injuries, and that included their two Pro Bowl skill position players being sidelined for long stretched of the season.

Take James Conner, for example, the most egregious example outside of Ben Roethlisberger, who missed 14 and a half games. Conner will have missed about half the season if he doesn’t play in the finale when you factor in time missed during games. His playing time was cut short in three or four separate games this year due to injury.

After finishing his rookie year on the Reserve/Injured List and suffering a high ankle sprain last year, the narrative is building around the third-year back about his durability. “I don’t like being hurt and it doesn’t look good”, he admitted during his radio show yesterday.

“People are going to say things and all that, but it’s just something I’ve got to deal with again. It’s the nature of the position, but I’m going to try to do everything that I can to hurry up and get healthy”.

“I know the type of talent that I have, the player I am”, he added. “But this whole year, I’ve missed a good number of games, and it’s just tough. It’s frustrating, because I prepared really hard this offseason for a good year. Unfortunately, injuries got me this year, made me miss some time. We’ve been through adversity all year”.

Conner has dealt with multiple injuries this year, the most significant being a shoulder injury suffered in week Week Eight, during which he rushed for 145 yards and was starting to look like the Pro Bowl back who rushed for 12 scores in 13 games in 2018.

“It doesn’t look good. It doesn’t feel good”, he reiterated, but said that he knows it will pass, and that he will go on to continue to make big plays.

“I’m always going to keep it positive. I’m always going to believe in myself, no matter what anybody else says, whether they say I’m too fragile or I’m not durable”, Conner went on. “I really don’t pay attention to that. I know the type of player I am. I know I’m gonna get better every year. Right now my focus is to get better the rest of this week”.

Considering he told his hosts that he can hardly even walk right now with his bruised thigh, it’s hard to imagine him playing on Sunday, but it’s not out of the realm of possibility provided that his shoulder is okay. The thigh is a matter of pain tolerance as long as he has his mobility.