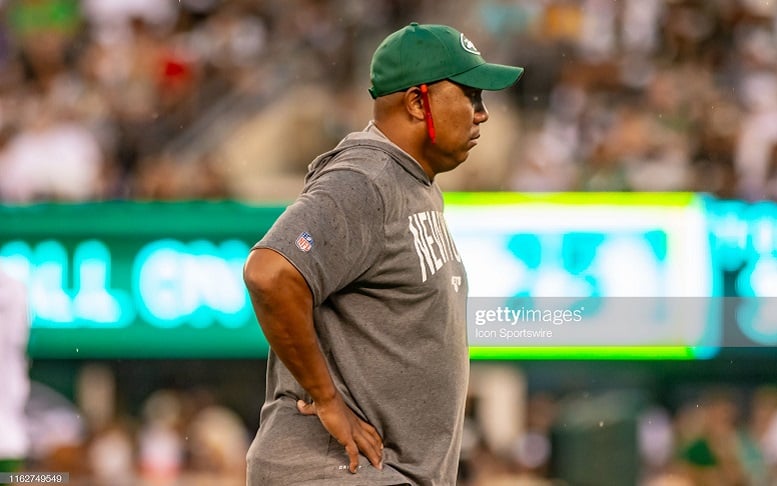 When the Pittsburgh Steelers play the New York Jets on Sunday at MetLife Stadium, there will several very recognizable faces on the opposing team. Those recognizable faces will include a few players who played several years with the Steelers in running back Le’Veon Bell, tackle Kelvin Beachum and defensive tackle Steve McLendon. Additionally, one of the Jets coaches will be very recognizable as former Steelers wide receiver Hines Ward is on the New York staff as well.

Recently, Ward, who was hired by the Jets to be an offensive assistant coach back in September, talked about facing the team he played his entire 14-year career for.

“It’s going to be kind of weird,” Ward admitted. “the first time I put on the color green it was kind of weird. It will be kind of weird facing a team you played for, for 14 years. I will always bleed black and gold and great things during my football career. I won a couple of championships, the city of Pittsburgh treated me great. It’s like a home away from home.”

Ward will obviously know several current Steelers players on Sunday as he served as a coaching intern for Pittsburgh two years ago. On Sunday, however, he’ll be focused mainly on coaching the Jets wide receivers that include Robby Anderson, Braxton Berrios, Jamison Crowder, Vyncint Smith and Demaryius Thomas.

“It’s been great,” Ward said of his new coaching role. “It was always something that I’ve wanted to do once my football career was over as a player. I just feel like I want to share so much knowledge that I’ve had over the 14 years playing in the NFL.

“I want guys like Robby [Anderson] and [Jamison] Crowder and those guys to really experience everything that I got out of football. Being able to come out here and help these guys in coaching not just on the field, but off the field as well, I just thought it was a dream come true to get that opportunity.”

While Ward is currently an assistant coach with the Jets and one focused mainly on working with their wide receivers, one must wonder if at some point in the next year or two if he’ll ultimately wind up back in Pittsburgh as their wide receiver coach. Currently, longtime NFL coach Ray Sherman and offensive assistant Blaine Stewart are coaching the Steelers wide receivers as a result of Darryl Drake suddenly passing away during training camp.

While Sherman was named the interim wide receivers coach not long after Drake passed away, it’s hard to say if he’ll stay on staff past this season. If he doesn’t, and if Stewart isn’t elevated, it could potentially open up a return to Pittsburgh for Ward.

Ward was back in Pittsburgh earlier in the season to be inducted into the Steelers Hall if Honor and that was after it was announced that he had been hired by the Jets. During his trip back to Pittsburgh he was reportedly asked if he thought his road might ultimately lead him back to the Steelers organization someday.

“It’s in God’s hands,” Ward said, according to Brian Batko of the Pittsburgh Post-Gazette.

In the meantime, however, Ward’s place in the NFL right now is with the Jets and that of course means his job on Sunday will be to help New York beat the Steelers. While that will be his goal, and one Steelers fans hope he doesn’t achieve, it’s probably safe to say that Ward will resume cheering on his former team after Sunday’s game is over with.

“I still want to beat those guys,” Ward said. “It will be a little bittersweet. I am thankful for the opportunity to play for the Steelers, but I am also thankful to the Jets. That will be the only time I will root against Pittsburgh.”