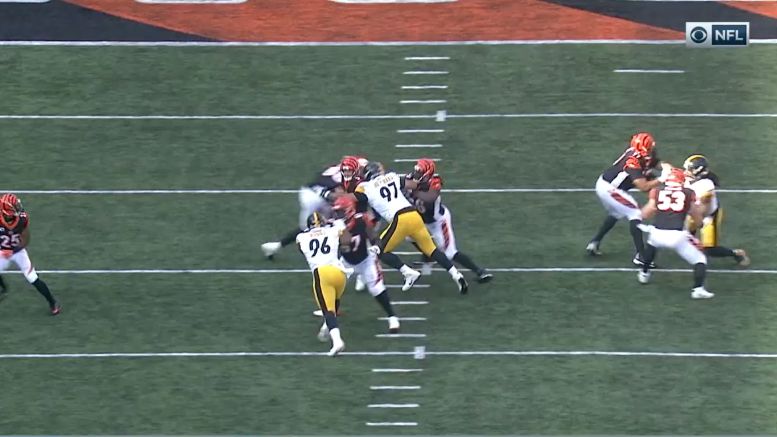 Well, folks, it’s officially Duck season. Devlin Hodges will be under center today for the Pittsburgh Steelers, something behind which there has oddly been a lot of support going back to the start of training camp—at least, behind Ben Roethlisberger.

Those who wanted to make sure that Hodges would get a fair chance, in the long run, have gotten what they wanted. That’s the only way to explain how an undrafted rookie out of Samford is starting for a team with playoff aspirations. Even if it’s temporary.

Mike Tomlin made the decision to bench Mason Rudolph after he continued to struggle into the second half on Sunday following the worst game of his career against the Cincinnati Bengals the game before that. He announced on Tuesday that Hodges would start today Cleveland Browns.

Does it matter to the defense? Not particularly. It doesn’t change what their job is, whether it’s Rudolph or Hodges. Perhaps if Roethlisberger were under center, it would be a different story, as a franchise guy, but not in this scenario.

“My main thing is, as a defense, we’ve got to be complementary. Whoever’s back there, we’ve got to make sure that we put them in a good situation”, said defensive captain Cameron Heyward. “And if we can get points as a defense, we’ve just got to do it. We’re on our second, our third quarterback, it doesn’t really matter to me. I think it matters to us in the sense that we’ve got to make sure we get points on the board, whether it’s special teams, defense, offense”.

The offense has only produced four touchdowns over the course of the past four games. That’s not sustainable in today’s NFL, even though the Steelers have managed to go 3-1 in that span. There has been some defensive help, and assistance from special teams, as well. That’s the only way they’ve scraped by.

And it has to continue, because Roethlisberger isn’t taking the field any time soon. So the defense has been on alert for the vast majority of the season, understanding that the burden is now on them, more than it ever has been in the past decade and a half.

It doesn’t matter if it’s Hodges or Rudolph or anybody else. The defense has the responsibility of making things as easy as possible for whoever is at quarterback by setting them up with short fields, even spotting them points if they can manage it.