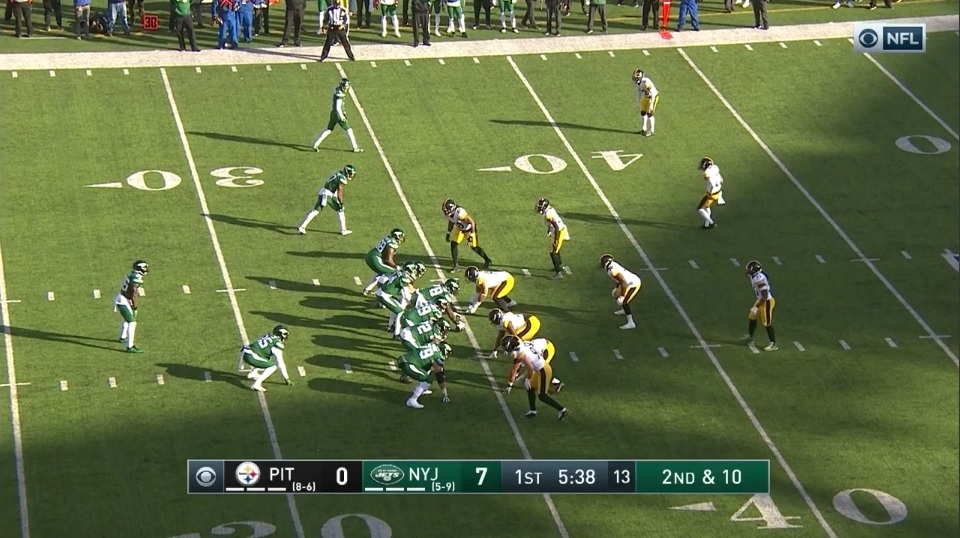 Coaching is all about the ability to make adjustments. Mike Tyson said it best. Everyone has a plan until they get punched in the mouth.

And Pittsburgh’s defense got punched in the mouth against Buffalo. On the scoreboard, it doesn’t look like it. But Buffalo constantly had the better scheme, knew what coverages the Steelers would run and attacked them, exploiting Pittsburgh’s Cover 2 with smash concepts like on Tyler Kroft’s game-winning touchdown, and as we did a video on last week, slowing down the Steelers’ pass rush.

Pass rush was still an issue against the New York Jets but TJ Watt and Bud Dupree each finished with a sack, Watt forcing a critical fumble that let Pittsburgh tie the game by halftime. One of the ways Buffalo did that was by using twin WR sets. And normally, the Steelers respond not by traveling their CB across the formation but walking the strong side OLB off ball and out of the box. Like here. 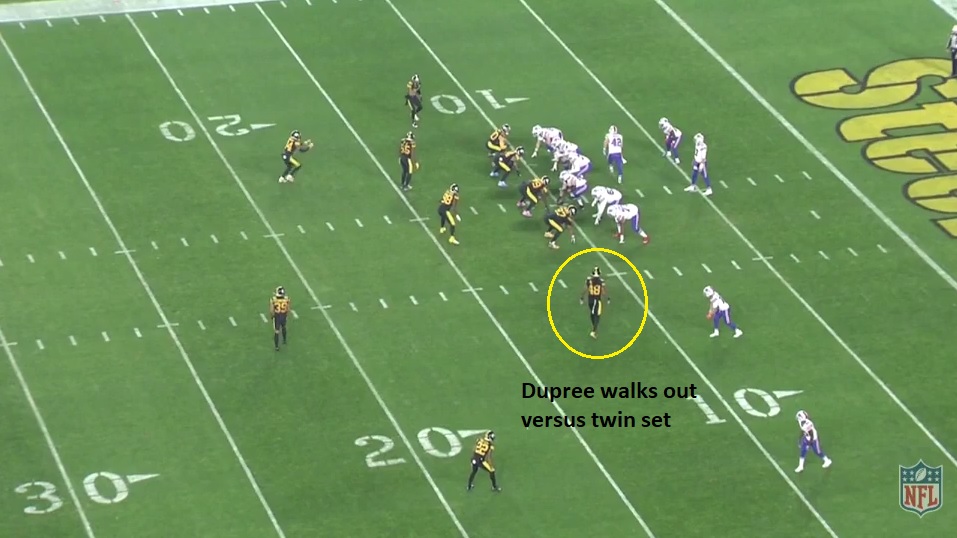 That removes them from the pass rush equation and their run fits. Watt and Dupree are just as sound against the run as they are as pass rushers. So this, in addition to either playing more zone coverage or having a LB run with a WR (bad idea, obviously), puts the Steelers’ defense at a disadvantage.

And Buffalo did this over and over again, limiting the impact those guys were capable of making.

Fast forward to the Jets game. New York tried the similar, twin sets, but Butler responded by traveling Joe Haden into the slot. Two examples of it. 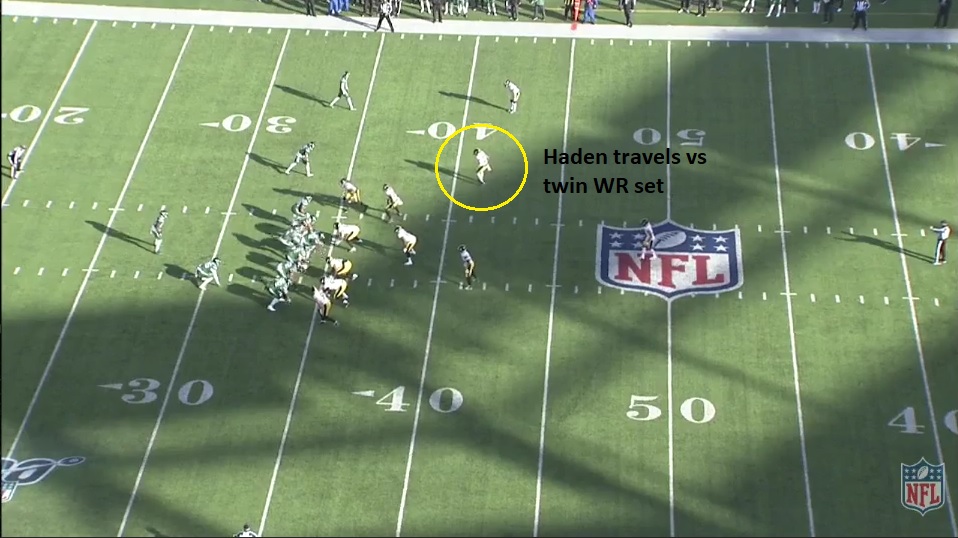 Here, Dupree is able to stay in the box, keep his run fit, and chase this Le’Veon Bell run backside. Doesn’t make the tackle but doesn’t allow the cutback, which Bell is known for, and keeps the back on track until he’s tackled for just a three yard gain.

And here’s the second instance of Haden traveling. 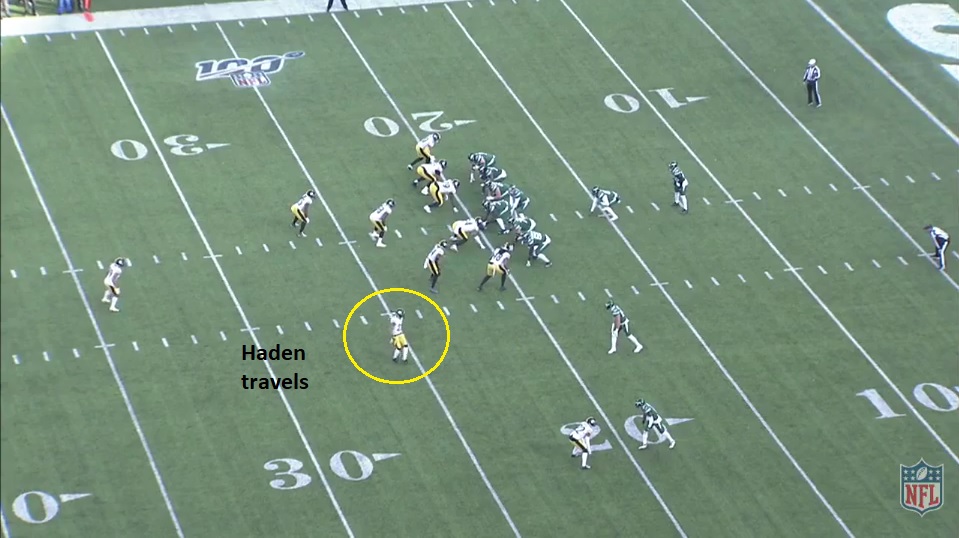 Again, Dupree able to remain in the box instead of being displaced. Left tackle now has to account for him instead of being able to work to the second level and Devin Bush is left uncovered, making a swift tackle for just a couple yards. Also a nice play in the hole by Terrell Edmunds to blow up the TE/FB.

Small thing, I know, but I like the acknowledgement of an issue and flexibility to fix it. Sure didn’t see these fixes with the offensive line, plagued by the same overload blitzes that killed them against the Bills, and Randy Fichtner has struggled to develop a cogent gameplan or key constraint plays all season. And Danny Smith, much as I love him, I know that feeling isn’t shared by the comments section.

To be fair, Butler is working with an abundance of talent. That makes any coach look smart. But this adjustment is worth pointing out and I hope it stays that way going forward.

A year ago, I trashed Butler as much as anyone. Giving him, giving any coach, ten first round picks, is an easy way to look good. But he’s also been lighter on his feet than in past years – Mike Tomlin’s influence on the defense is ever-growing, it’s certainly worth pointing that out – and those changes and limiting obvious mismatches have made this defense all the more effective.