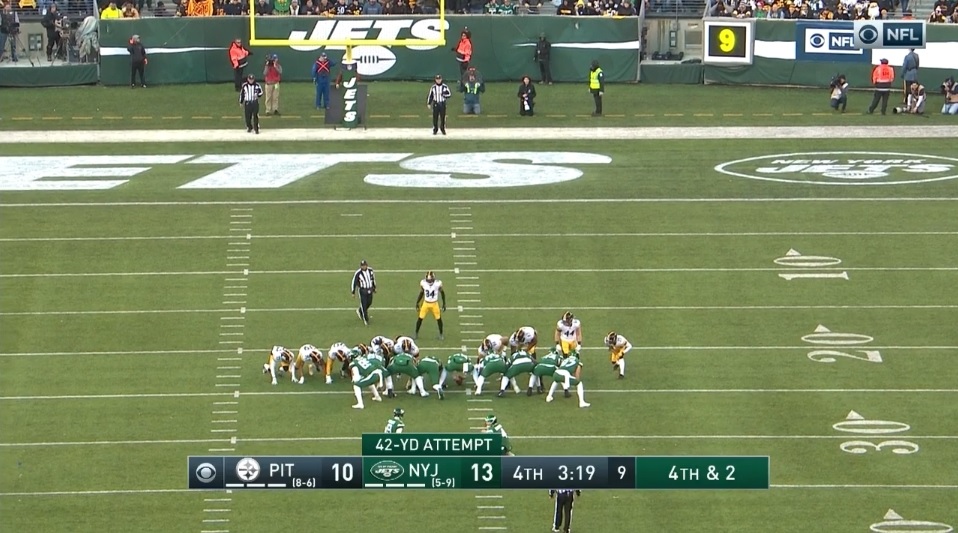 You can’t help but appreciate the nuance of football. For my money, it’s the most complex, layered sport in the world. Take nothing away from the rest of them. But in basketball? LeBron James is just bigger and faster than you and there’s nothing you can do about it. Baseball? Tendency, analytics based, sure, but the amount of gameplanning isn’t as critical. It’s a “your best versus my best” type of deal.

Football? Talent only gets you so far. Everything is about scheme, technique, attention to detail. And more importantly, exploiting your opponent when they lack attention to detail and tip their hand. Every position has specific coaching points. Long snapper, the left guard on punts, heck, Urban Meyer recently discussed his grad assistants scout where the opposing head coach stands on kickoffs (if a coach doesn’t normally stand with eyes glued to the field on a kick and suddenly, he’s eyes wide open, alert for an onside attempt).

And yes, even the wings on the field goal team have a job to do. If they fail, they jeopardize the whole attempt. That’s why it’s a field goal operation, not a kick. There’s plenty more movable pieces than just a swing of the leg.

Credit to Danny Smith. He found one weakness in the Jets’ field goal kick team. And it nearly changed the game.

I’m guessing you saw it on at least the final Sam Ficken kick, a 42 yarder that split the uprights, putting the Jets up 16-10 with about three minutes to go. Minkah Fitzpatrick came flying in unblocked and honestly, I’m shocked he didn’t get a piece of it. About as close as you can get without actually getting a hand on the football.

How did he get so open? A simple concept, one you probably saw (or experienced, if you were unfortunate enough) in grade school.

Pick on the new kid.

To understand this is to understand the Jets’ personnel. For most of the year, their two wings, the players on the end of the field goal team, have been #84 Ryan Griffin and #87 Daniel Brown. That all changed in Week 14 when Griffin suffered a season-ending injury. In his place stepped in rookie Trevon Wesco, a 4th round pick, who had barely played on special teams to that point. So when you see a rookie forced into action, you go after him. More on Wesco in a moment.

There’s another element to be considered. Each team protects in their own way. Pittsburgh? A focus on protecting interior gaps. Their ends/wings, Nick Vannett and Vance McDonald most weeks this season, punch with their outside hand (you punch, don’t keep your arm straight pre-snap otherwise it’s easier to chop down) while feeling the interior gap, keeping a strong base and not allowing an inside rush. Here’s a look at it from McDonald against Arizona a few weeks ago.

That’s different, and personally, preferred to how the Jets ask their wings to block. New York has their guys punch with both hands to the outside in an attempt to seal any potential edge rush upfield. Here’s Brown showing that two hand punch against Miami. Brown is on the end, #87.

It leaves them vulnerable to that interior gap between the wing and the left tackle. So why go after Wesco? Like I said, it’s better to go after the new guy. Because Wesco shows slightly worse technique than Brown. His base gets wider, he takes a forward step, and easier to push around than Brown, he doesn’t get so wide and is a more stable player. Couple examples. Wesco is on the end, #85.

So Sunday, Smith attacked that vulnerable inside gap to Wesco’s side for three reasons.

So that’s what he did twice against the Jets, shooting Minkah Fitzpatrick through that side. They also used an overload, six man rush to that side to occupy the LT. The first time, Fitzpatrick tripped and couldn’t get there.

The second time came on Ficken’s final kick. He got through free, kept his balance, and should’ve had this one. Really disappointed he didn’t get there.

If he blocks it? Maybe it gets run back for a touchdown. Worst case, it remains a three-point game, the Steelers have the ball in good field position, and I think wind up in field goal range at some point for Chris Boswell to attempt a would-be tying kick. Maybe the Steelers find a way to win, maybe that’s the difference in making the playoffs or sitting on the couch two weeks from now.

I know, I know. It didn’t happen so who cares? But I’m Team Process over anything. And this is really good process. For this Steelers team to win this weekend, and hopefully in a playoff game, they’re going to need to create splash on defense and special teams. Because you sure can’t count on the offense to carry the mantle. Identifying and correctly exploiting this weaknesses is how you do that, Smith has also been more aggressive in his punt rushes lately, and that’s just plain good coaching.

Didn’t get the result they wanted but Smith’s players were put in position to succeed. File this one away in the “so close” folder.