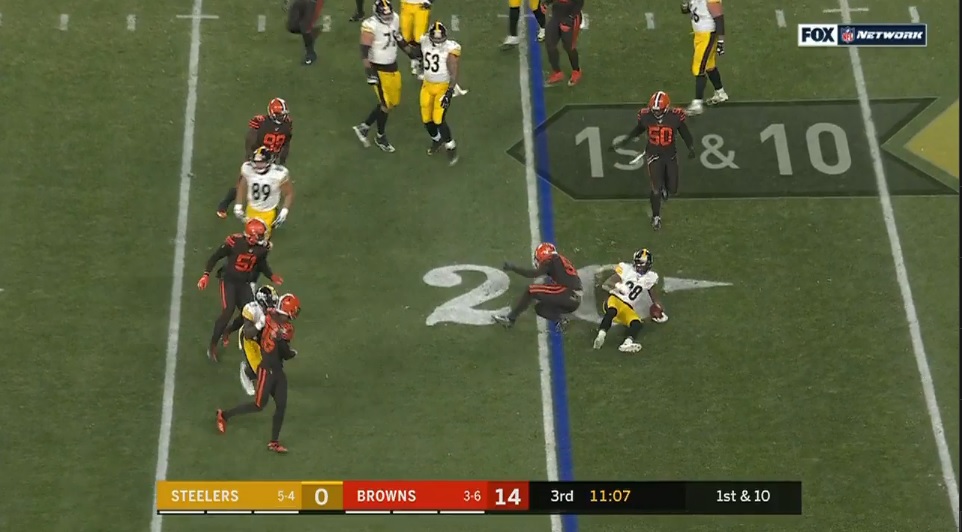 Back at it to talk to the tape this Thursday. Number one question on my mind after the loss to the Cleveland Browns was why the Pittsburgh Steelers’ run game has struggled so much.

We know it’s a multitude of issues, it’s rarely one thing with an overall problem. But I wanted to take a look at one specific problem to begin to point the run game woes. We’re looking at the Steelers’ offensive line struggling to work to the second level, allowing linebackers to run free, especially on gap/power schemes.

From the loss, we check out three plays where this was an issue and one where they did a good job of it, resulting in a nine yard gain and rare positive play on the ground.

As always, let me know your thoughts in the comments below. Thanks for watching.