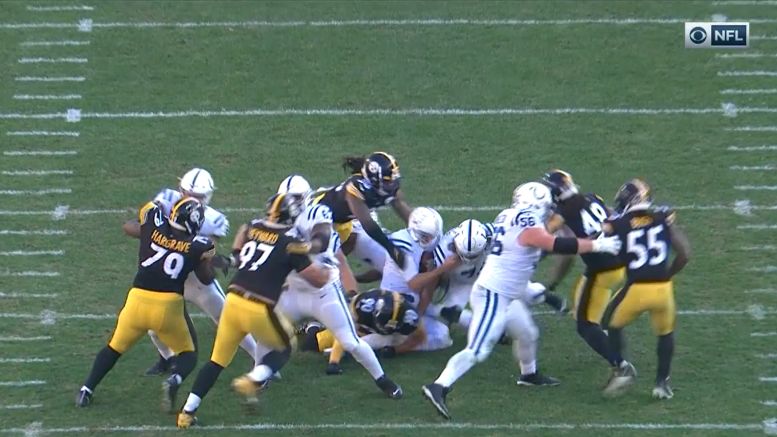 The Pittsburgh Steelers are currently sitting at 4-4 through the first half of the season. That record puts them two games behind the Baltimore Ravens for control of the AFC North—though it’s technically three games due to Baltimore’s head-to-head tiebreaker unless the Steelers can beat them in the finale—and they are one game behind the Indianapolis Colts for the final Wildcard spot.

Are the Steelers paying much attention to what the other teams are doing? Not really.

“If we don’t win games, none of that matters”, third-year outside linebacker T.J. Watt told Brian Batko of the Pittsburgh Post-Gazette when he was asked about scoreboard watching and keeping up with the intimate details of the playoff race, at least this far out.

“I think it’s all just worrying about us and what we can control, because if we don’t win games, then none of that even matters”, he went on. “So I don’t think we’re doing any of that at all”.

That has become and especially laborious task for us fans, anyway, as the Ravens had two golden opportunities to drop a game in recent weeks against the Seattle Seahawks and the New England Patriots, but they managed to win both games. Their biggest remaining obstacle is the San Francisco 49ers.

But they can probably hit the snooze button on the division race for now. This week, the Ravens play the Cincinnati Bengals, who at 0-8 just benched their ‘franchise’ quarterback, Andy Dalton. First-year head coach is opting to move forward with the guy he drafted in the fourth round, Ryan Finley, set to make the first start of his career. He will almost surely lose. Not having A.J. Green back yet will make it even easier for him to lose.

As for the Colts, their next game is against the Miami Dolphins. While the Dolphins are riding an impressive one-game winning streak to bring themselves to 1-7 on the season, that victory came against a New York Jets team that is looking increasingly incompetent with each passing week. So don’t expect progress in the Wildcard hunt, either.

The top Wildcard seed is the Buffalo Bills. They are already 6-2 and they have a pretty soft schedule for most of the rest of the year. Other than a Week 16 rematch with the Patriots and the Ravens (and Steelers), that is. Their next three games are against the Cleveland Browns, the Denver Broncos, and the Dolphins.

So this isn’t a good week to be watching the scoreboards, anyway, even if it weren’t so early out. Too much can happen over the course of the next month before the race really starts to heat up. All the Steelers can do is stack some more wins. It’s the only thing they can control.