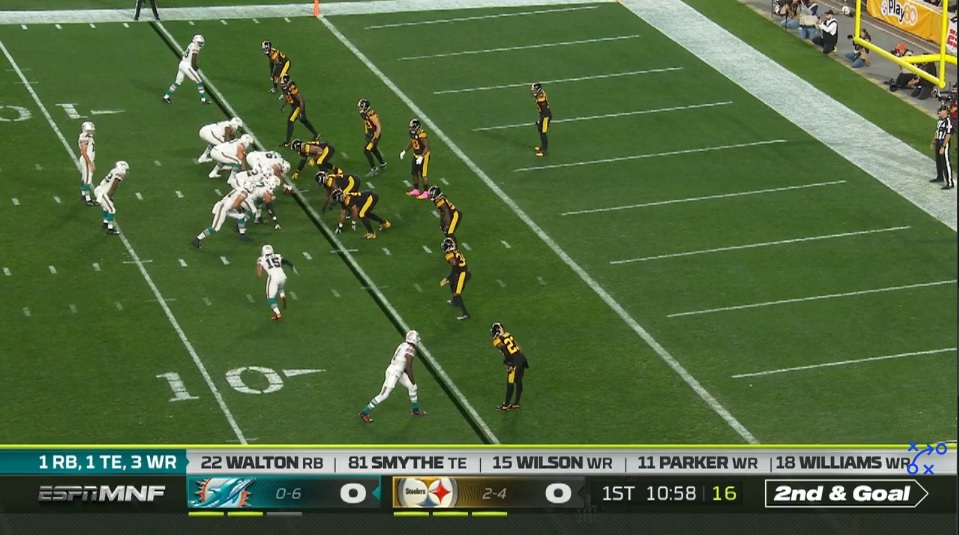 As we will do every Saturday to get you ready for the week’s game, our X Factor of the week. Sometimes it’s a player, unit, concept, or scheme. The key area to watch in Sunday’s tilt versus the Indianapolis Colts.

Lately, we’ve pointed our focus for these articles towards a specific player. Not today. Here, we’re looking at something broader. This is an even matchup even if the records look fairly different; Pittsburgh at 3-4, Indy at 5-2.

In any close game, the winner comes down to a few factors. Turnover battle, that’s obvious enough, and which team makes big plays. But red zone efficiency is a huge factor too and this is a heavyweight battle.

Indy has a great red zone offense. Third in football, crossing the goal line exactly two-thirds of the time. Pittsburgh has an excellent red zone defense, sixth in football, though it’s struggled just a bit the last two games.

Whichever team is able to succeed here probably becomes the victor. If Indy finds the end zone, they’re going to force the Steelers’ offense to play catch-up and match them. If Pittsburgh holds them to field goals, it’ll keep the score down, where it needs to be for an offense for less potent than it’s been in the past.

For the Steelers, this game has finally escaped the “must win” category the way the past two were. Still, this is in part a defining game about the state of the team. Is this defense legit? Can the organization truly get back into the Wildcard race and stay on Baltimore’s heels, a Ravens team, by the way, facing the heavily favored Patriots’.

This game is the first litmus test of the year. Pittsburgh’s on stable ground. They’re not rotating quarterbacks at record speed. The defense has had time to gel and hit its stride. Is this team for real? If they can beat Indy, it’ll be difficult to argue otherwise.

But to win, it’ll mean stopping them in the red zone. Even good defenses allow offenses to move the football. But great ones dig their heels in and force 4th down.