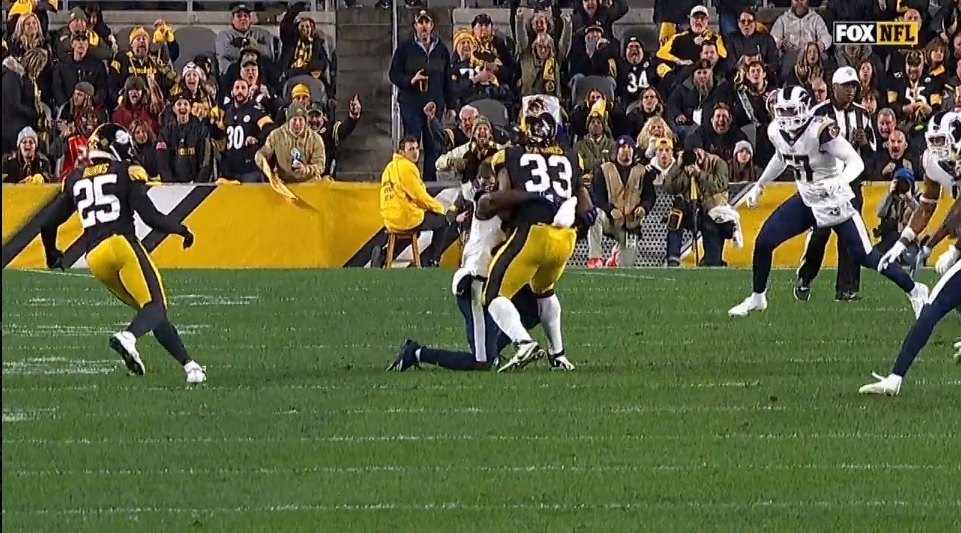 I hope you have room for plenty of weird in this game. Because today’s game was a buffet line of crazy stats.

– I don’t even know where to begin. It’s crazy how well this defense has played. Rams’ WR Cooper Kupp steamrolled the Cincinnati Bengals in his last game. Compare that game with what he did (or didn’t do) tonight.

– Minkah Fitzpatrick has two defensive touchdowns this season, the first Steeler defender to have a pair in a year since William Gay in 2014. He’s the first Steelers’ safety to do it since Carnell Lake in 1996.

– Fitzpatrick now has an interception in three straight games. Last Steeler to do that? Troy Polamalu in 2008, who did it four in a row. Fitzpatrick is the best safety this team has had since #43.

Under Kevin Colbert, only Brent Alexander, Chad Scott, Troy, and Minkah have such a streak.

– Steelers’ third down defense was unreal tonight. Rams finished just 1/14. Since 1992, as far back as Pro Football Reference tracks that data, Pittsburgh has only been that good one time. A 1994 win over the New York Giants, who also finished 1/14.

– Since sacks were officially tracked in 1982, no Steeler has more of them in his first three years than TJ Watt’s 29.5. He broke LaMarr Woodley’s record of 29.

– Cam Heyward is now part of the 50 sack club. One of only seven Steelers to reach that milestone (officially, anyway). Only the 2nd DL, joining Keith Willis.

– RB Trey Edmunds has as many career INTs as his brother, Terrell.

Edmunds is the first Steelers’ RB in history to record an interception. He’s the first in the NFL to do it since the Chiefs’ Kenny Gamble in 1988.

Edmunds also had a pair of offensive receptions today, the first game he’s done that in six years. November of 2013 the last time when he was a member of the Hokies.

– Steelers have 26 takeaways in their first nine games, the most over that span since the 1987 group. They had 28 that year and finished with 44.

– Pittsburgh has won the turnover battle in eight straight games. The only time this year they lost it was Week 1.