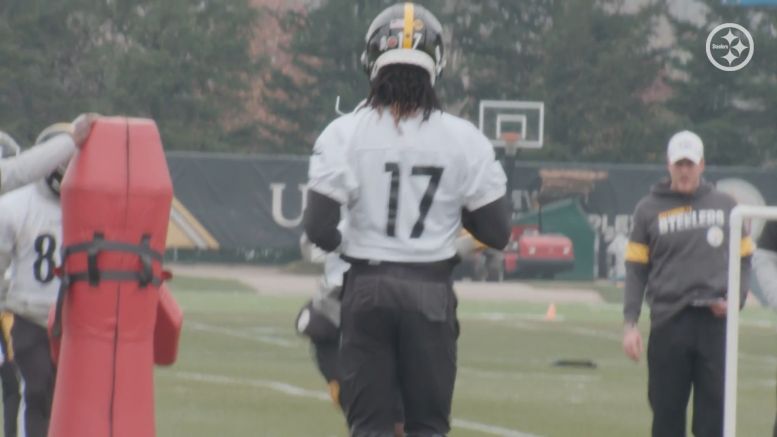 The need to bring in new guys to run your offense just because you simply don’t have enough healthy personnel is a trying situation. That’s where the Pittsburgh Steelers are now, and have been throughout the season. They have made an addition at every position group except the offensive line since the start of the year.

At quarterback, after Ben Roethlisberger went down, and they traded Joshua Dobbs, they had to re-sign Devlin Hodges and then brought in Paxton Lynch. After tight end Xavier Grimble was injured, they acquired Nick Vannett. With injuries at running back, they called up Trey Edmunds, then added Tony Brooks-James, since replacing the latter with Kerrith Whyte, Jr., off the Chicago Bears’ practice squad.

The latter is their most recent addition, along with wide receiver Deon Cain, similarly signed off of the practice squad of the Indianapolis Colts. Cain is one of two practice squad wide receivers now on the roster, Tevin Jones promoted from their own a week earlier.

Having to call upon these young guys, and new faces generally, isn’t easy for an offensive coordinator. But it can also be exciting, as Randy Fichtner admitted talking to reporters last week, especially if you actually acquire a guy who interests you, like Cain.

“I love it for all of the guys that get a chance to play who are young because they’re the future”, he said, via transcript. “You get a chance to evaluate them now. The newness of maybe several guys coming in on game week might make you not sleep as well at night, but man, you’re kind of excited to see where they can be. You know, go out and make a play”.

While he wasn’t asked specifically about Cain, who himself told reporters that he had been running with the first-team offense, Fichtner did field a question about Whyte and his readiness to contribute. “I expect Whyte to be ready to go this Sunday, and really not have many limitations”, he said.

The same will surely go for Cain, as well. It’s also worth noting that after Diontae Johnson was injured, Jones played more than Johnny Holton, so Jones and Cain could be the three and four receivers over the veteran.

“Go out and do your thing”, Fichtner said of the young players, “and next thing you know, the future looks really bright. You know, if it doesn’t happen right away for some guys, sometimes their future isn’t as bright. You know, but that’s a lesson we’re going to learn in stadium on some guys”.