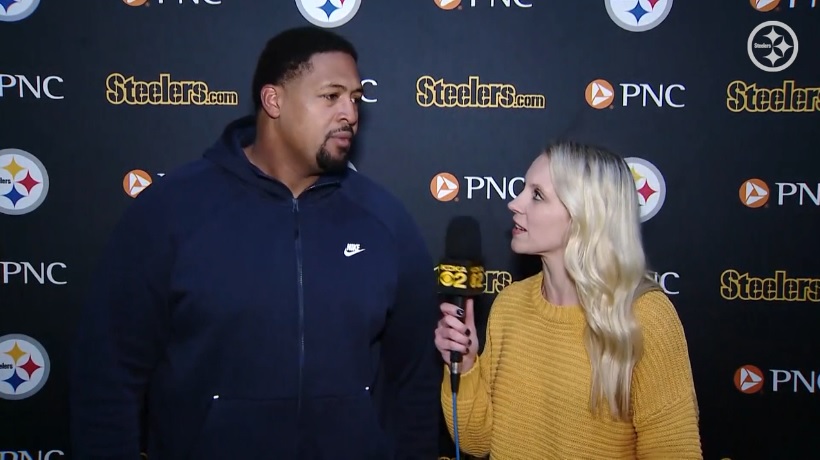 If there was ever a game that embodied Mike Tomlin’s “next man up” mentality, it was yesterday. The second leading rusher and receiver were Kerrith Whyte Jr. and Deon Cain, two players signed off other team’s practice squads barely more than a week ago. Devlin Hodges took over over Mason Rudolph to give the offense a spark it so desperately needed.

Benny Snell and BJ Finney were two of those players who stepped up in the absence of others. Snell for James Conner, reviving a run game that had gone nowhere without him And Finney for the suspended Maurkice Pouncey. Speaking to Missi Matthews after the game, Ramon Foster praised both players.

“He did good,” Foster said on Finney. “BJ’s a guy who has been around for awhile anyway so it’s not surprising when he does have a good game. I’m excited for him to get the opportunity and he did well.”

Finney starting isn’t new, this was his 11th of his career, though he’s spent more time at guard than at the pivot. While we’ll have to look at the All-22, he manned an offensive line that let their backs rush for 160 yards. More importantly, there weren’t any bobbled or fumbled exchanges, even with the QB switch. A steady, solid game. All you can ask for from a guy like that.

Snell had his best day in the NFL, falling just shy of his first 100 yard rushing game. He ended Sunday with 21 carries for 98 yards, chipping in a five yard reception on the first drive that may have saved an interception. Foster praised his performance and recognized the extra motivation he was probably playing with.

“He did awesome. I’m going to be honest with you. Just fun watching him play the game the way he does…if I’m not mistaken, he’s from around here too. So he had a little bit extra today. I was happy for Benny.”

Snell grew up in Westerville, Ohio, less than two hours away from Cincinnati. Snubbed by most programs in the area, he ended up at Kentucky. Yesterday, he provided stability in the run game, moved the sticks in short-yardage situations, and helped run out the clock to preserve the victory. Both players, Finney and Snell, will be counted on in Sunday’s crucial rematch with the Cleveland Browns.

.@RamonFoster on our 16-10 victory against the Bengals: "Getting a win here today was huge for us in a lot of different ways and like I said, it was a full team effort." pic.twitter.com/nz5dasGMFG