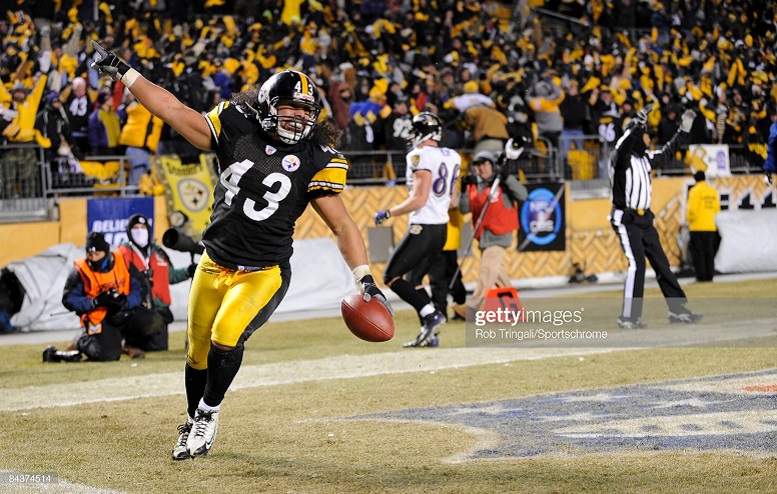 Safety Troy Polamalu was named Monday as one of three first-year eligible players among the 25 semifinalists of modern-era players for the Pro Football Hall of Fame’s Class of 2020. Polamalu, however, wasn’t the only former Pittsburgh Steelers player on that list of 25 modern-era semifinalists as guard Alan Faneca and wide receiver Hines Ward were also chosen once again this year.

Polamalu was selected by the Steelers in the first round of the 2003 NFL Draft, the 16th pick overall, out of USC. He went on to play 12 seasons in Pittsburgh and his career ended with him being a two-time Super Bowl champion, a four-time first team All-Pro selection, a two-time second team All-Pro selection, the NFL Defensive Player of the Year (2010), an eight-time Pro Bowl selection and a member of the NFL 2000s All-Decade Team and Steelers All-Time Team.

It will be a sin should Polamalu ultimately not be a first-ballot Hall of Fame selection this year. It’s hard to envision him not making the final cut even though just five modern-era players will make the 2020 expanded size class.

Faneca and Ward both being selected as semifinalists one again this year isn’t a bit surprising. Faneca has been a finalist the last four years while Ward has been a semifinalist the last three years. After failing to make the final cut last year, this should be the year that Faneca is finally given a gold jacket. Ward, on the other hand, should probably still be considered a longshot once again this year to make the final cut.

The following is the list of 2020 Modern-Era Player Semifinalists, including their positions, years and teams. Also listed are the number of times and years the candidate has been named a semifinalist since this reduction vote was added to the Selection Committee Bylaws in 2004.