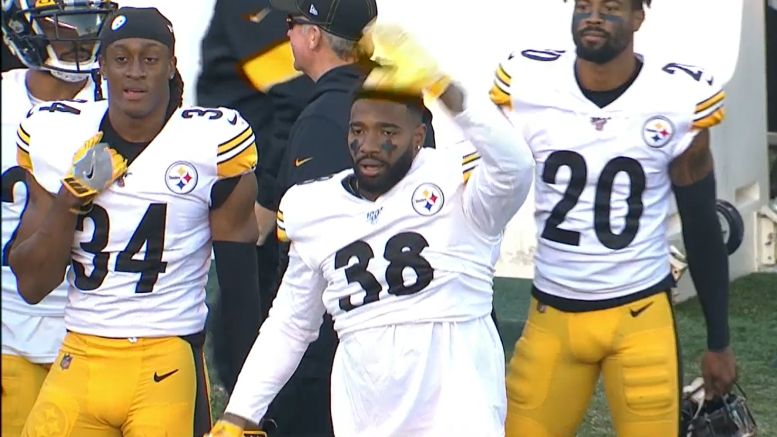 When the Pittsburgh Steelers lost Le’Veon Bell in free agency and Antonio Brown forced his way out of town, the narrative was instantly created for them: this season will be the ultimate experiment of talent versus team.

Of course, they had no idea just how extensively that would be put to the test when their franchise quarterback, Ben Roethlisberger, went down with a season-ending elbow injury just six quarters into the year.

They lost those first two games, and then two of the next three, and were sitting at 1-4, lost, hopeless. But they have gone 5-1 since then, now sitting at 6-5 with five games to play, currently in the driver’s seat for a spot in the playoffs. Theoretically, if they win out, they will make it into the postseason.

Yesterday’s game was perhaps the ultimate stress test for the ‘team’ philosophy. Even if it came against the winless Cincinnati Bengals, they still won a game with Devlin Hodges at quarterback, throwing to Deon Cain and Tevin Jones, handing off to Benny Snell and Kerrith Whyte, and taking snaps from B.J. Finney.

That’s a hell of a thing no matter who you’re playing. And you could tell how appreciative head coach Mike Tomlin was of that fact after the game. “It wasn’t perfect today. Never will be. But man, we struck a blow for ‘team’ today”, he said.

“Football is the ultimate team game, and those men in that locker room, those in helmets, and those inactive, they all fought and fought together”, he went on. “I’m proud of them. It’s a cool thing. We got the necessary win for the week. We’ll gather ourselves and plan for our next opportunity. Such is like at this time of year in the National Football League, but thankful to get the job done today”.

The only other time this season that Tomlin expressed a similarly obvious amount of emotion following a victory was after they were able to beat the Indianapolis Colts and climb up to 4-4 on the season, after having just been 1-4.

At that point, the Steelers had lost nine of their past 12 games going back to last season. The narrative from the outside against Tomlin was building. Now, if anything, he’s racking up votes for his first Head Coach of the Year Award.

If this team makes it into the postseason, and especially if they do it with Hodges at quarterback, then you have to strongly consider Tomlin in that role. He’s had some great coaching performances in the past, something his detractors are loathe to acknowledge, but the counterargument has always been that he has the talent. He’s only doing what he should be doing.