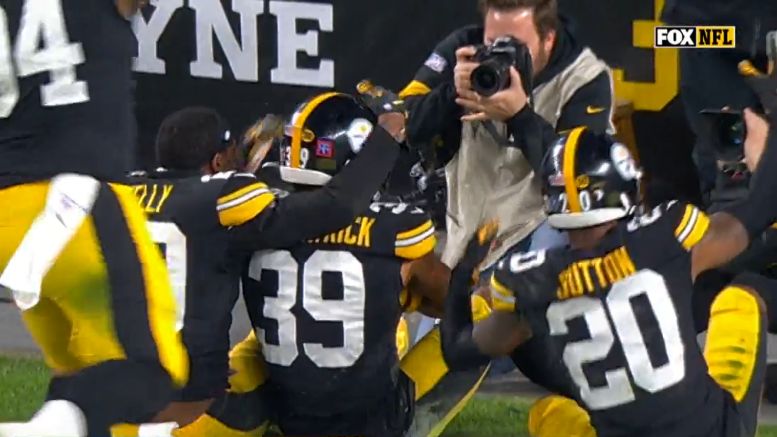 The Pittsburgh Steelers’ season has, unquestionably, been saved by its defense. While it’s true that their current success would not be made possible by a competent level of performance at the quarterback position, which is largely what they have gotten from Mason Rudolph, the defensive performance week in and week out has been providing key assists to this underpowered offense.

No game made that more clear than last night’s, during which the defense held the Los Angeles Rams, who are experiencing an unusual dry patch, to just three points offensively, even though they ended up with 12. They got nine points from their own defense, but fortunately, Pittsburgh’s defense supplied seven as well. It was the modest offensive contribution that carried them over the top and put the defense in a position to seal it.

And seal it they did. Head coach Mike Tomlin felt good in their chances of doing just that. While not every decision reflected that—such as going for it on fourth and a foot—he ultimately put it in the defense’s hands at the end of the game, based on what he had seen all night.

“I was confident tonight, but each week is a new [week]. We’ve got to get in the lab and see what Cleveland does and how we match up against it and what the issue are”, he told reporters after the game. Next on tap is a road game against the Cleveland Browns on Thursday night.

“Our confidence is steeped in preparation and understanding each individual matchup, and so I felt good about the things that we needed to do versus this group”, Tomlin went on. “Obviously it started with minimizing Gurley, and for a while there we had a tough time doing that. We settled that down and we got it back down to where we wanted it”.

Todd Gurley finished with 73 rushing yards overall, doing so on just 12 carries, but their other running backs combined for just 14 yards on nine attempts, and Gurley’s numbers were somewhat skewed by a 22-yard run. He did have successful runs on about half of his carries.

Largely, the Rams didn’t move the ball until late. The first time that they finished a drive inside the Steelers’ 45-yard line was on the final possession of the first half, missing a 56-yard field goal attempt at the end. They ultimately took all of two drives inside the 30-yard line, and had just three drives on which they gained more than 26 yards—though the Steelers themselves only had four.

So what comes next? They were able tot shut down Cooper Kupp. While the Browns haven’t been what they ought to be on paper, they still have two Pro Bowl wide receivers, and just got back a Pro Bowl running back. How confident will Tomlin be on a short week on the road, even against a 3-6 team?