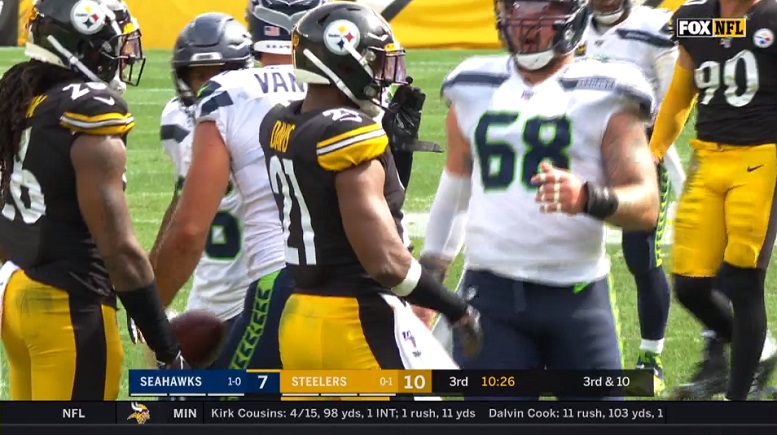 The Pittsburgh Steelers placed safety Sean Davis on the team’s Reserve/Injured list in Week 3 because of a shoulder injury he had suffered in the Week 2 game and while he might ultimately be a candidate to be a designated-to-return player at some point between now and the end of the season, head coach Mike Tomlin gave no indication on Tuesday that such a move is forthcoming in the near future.

Tomlin was asked Tuesday during his weekly press conference if Davis, who reportedly suffered a torn shoulder labrum earlier in the season, is a candidate to be a designated-to-return player at some point between now and the end of the season.

“I hadn’t asked, to be quite honest with you,” Tomlin said. “Some of those questions you ponder as people get closer to health, the ability to move that designated-to-return around allows you not to ask those questions and track potential individual people. And you just wait for health to present itself and then make judgments accordingly, whether it’s Sean or other people. So, hadn’t thought a lot about that at all to be quite honest with you. More focused on the guys that are preparing to play this week.”

After this week, Davis will be eligible to be a designated-to-return player from Reserve/Injured as he’ll have been on the list for the required 8 weeks. He can resume practicing at any time the team believes he’s ready to do so and when and if he does, the Steelers will have 21 days to make a decision on his status and if they want to use one of their two allotted designated-to-return tags on him.

Even if Davis were to resume practicing on Wednesday, and there’s currently no sign that he will, it’s easy to speculate that he’d likely need at least two weeks to get himself properly conditioned to play in a game.

Immediately after Davis went down injured the Steelers traded for safety Minkah Fitzpatrick and he’s obviously permanently taken over the free safety position. Davis could still help in the Steelers dime defense should he ultimately return to action and in doing so he would likely make fellow safety Kameron Kelly expendable.

For now, however, we’ll remain in wait-and-see mode when it comes to Davis possibly returning to action this season. Davis is now in the final year of his rookie contract.