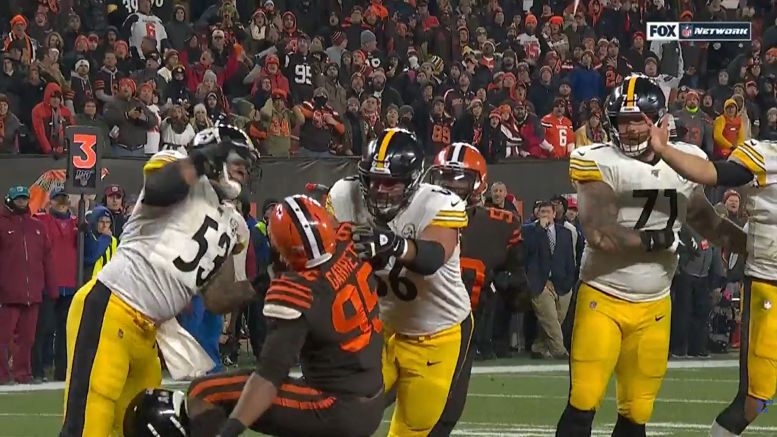 The NFL has handed out their initial punishment following Thursday’s brawl between the Pittsburgh Steelers and Cleveland Browns.

The initial suspensions are as follows:

Here is the full statement from the league.

If Pouncey doesn’t get his suspension reduced on appeal, he won’t be eligible to play until Week 15 against the Buffalo Bills.

Garrett removed Mason Rudolph’s helmet in a fight in the final seconds of last night’s game, a 21-7 victory for the Browns, and proceeded to hit him over the head with his own helmet. Pouncey retaliated, defending his quarterback, punching and kicking Garrett while he was on the ground. Ogunjobi blindsided Rudolph after Garrett hit him over the head.

The Browns and Steelers organizations have each been fined $250,000 and as the league’s statement indicates, more punishment will come in the coming days. Expect fines for several of the other players involved in the fight.

The league notes the suspensions and punishments can be appealed.