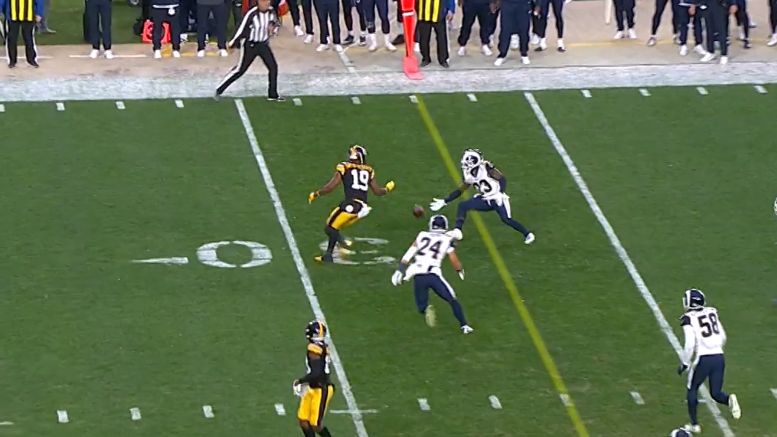 Rare are the instances in which you will truly hear a player speak their mind if they are unhappy or dissatisfied with the role they are playing. You’re certainly not going to hear that from JuJu Smith-Schuster, even if he is, for the most part, not nearly putting up the numbers everybody expected him to this season.

The third-year Pittsburgh Steelers wide receiver finished yesterday’s game with just three catches for 44 yards on six targets, and that included a dropped pass. He had a big drop last week that led to an interception as well.

He now has 36 receptions on the season and just barely passed the 500-yard mark, now at 503 on the season, with three touchdowns. This is coming off a year in which he caught 111 passes for 1426 yards and seven touchdowns.

But they’ve been winning, and that’s what matters. In fact, they’ve won four games in a row. And even though Smith-Schuster isn’t playing the big-time production role that everybody assumed he would—it’s hard to maintain that without Ben Roethlisberger—he’s still fully engaged. He had a huge fumble recovery in the fourth quarter on a drive that ultimately led to a field goal.

“It’s coming along”, he told reporters about the state of the offense after the game. “We had a slow day today, but I think we picked it up at the end. For us to put points on the board—a lot of it is just feeding off the momentum of our defense. I think they stepped up so big today where they put us in situations where we’re always ahead, we’re not playing catch-up. Super happy about that”.

It’s hard for him or anybody on the offensive side of the ball not to give significant credit to the defense. After all, the offense was outscored by the Los Angeles Rams’ defense, so without the defensive performance and points provided, this would have been a loss.

And yet, as Smith-Schuster says, the offense never really feels like it’s so far off from where it needs to be. The run game is still due for a boost with the return of two of their top three running backs…and their fullback, but the self-inflicted wounds are an issue. Generally, the quarterback play has been there, but Mason Rudolph didn’t get a ton of help last night.

That is a good sign, because there’s no reason he can’t get it. We’ve seen all three of their primary receivers make big plays for him already this year in different contexts. In the past two weeks, it’s actually been James Washington. The week before that, it was Smith-Schuster, and it can be any given game. It will be again. If he just stays patient, and stays engaged.